Born In 1993 & Named Sanjana? Know Why Your Parents Did It 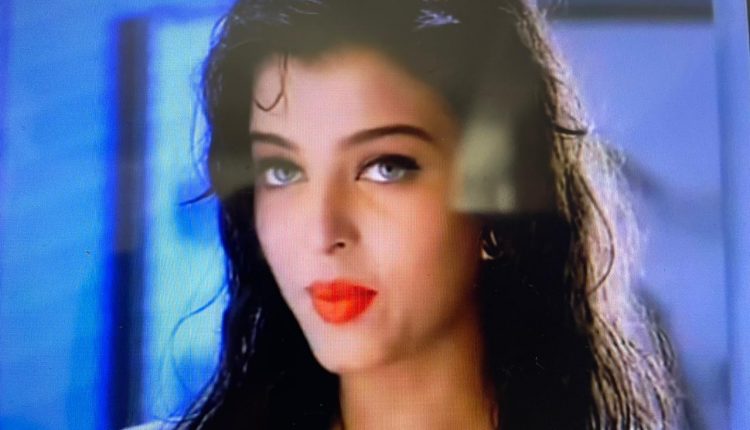 New Delhi: There’s more to the name Sanjana than meets the eye, especially if you were born in 1993. A report by Afaqs claims that according to voter rolls from the 2015 Delhi assembly election, “there were more than twice as many Sanjanas born in 1993 as in the preceding three years.

Do you want to know the reason? There’s a whole story behind it.

Bollywood actor Aishwarya Rai won the Miss World contest in 1994. But before she made her way to the beauty pageant, Aishwarya appeared in a Pepsi advertisement in 1993, which also starred actors Aamir Khan and Mahima Chaudhry. Aishwarya’s name in the ad, Sanjana, became so famous after the video commercial was released, that several people named their daughters Sanjana. The Afaqs report also states that almost 50 girls were named Sanjana in 1993 after the ad was aired.

In the video, Aamir Khan is playing chess at his home alone, when he hears his doorbell and opens the door for his beautiful neighbour Mahima Chaudhry, who asks him to get her a bottle of Pepsi. In order to impress her, Aamir goes out in rain, struggles but ultimately manages to get a bottle of the beverage. When he gets back home, the doorbell rings again and Mahima says, “It must be Sanju.” Aishwarya then makes her entry and says, “Hi I am Sanjana. Got another Pepsi?”

Aishwarya’s great looks were to die for and she won many fans that year. A year later, she competed in the Miss India pageant. Many felt that it was unfair to other contestants considering how famous Aishwarya had already become. Even Sushmita Sen decided to withdraw her application on seeing that Aishwarya Rai was participating. However, her parents encouraged her to give it a proper try and ended up winning the pageant while Aishwarya came in second.

The rest is history. Aishwarya went on to become one of the best actresses of her time, delivering several hits and winning numerous awards. She became the face of India abroad. In 2007, she married actor Abhishek Bachchan.

Aishwarya will be soon seen in The Ponniyin Selvan Part 1 which will release on September 30. The film stars Aishwarya in dual roles –one of queen Nandini, the princess of Pazhuvoor, and the other of Mandakini Devi. The film is a cinematic adaptation of author Kalki Krishnamurthy’s Tamil novel of the same name which was released in the form of a series during the 1950s. It will release in theatres in Tamil, Hindi, Telugu, Malayalam and Kannada.