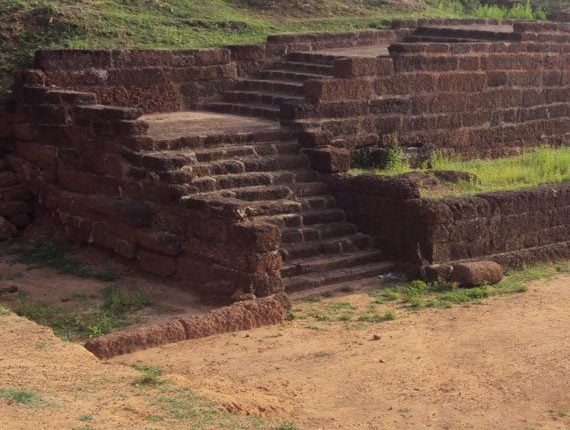 Cuttack: The Orissa High Court has directed the state government to file an affidavit clarifying its plan on removing encroachments and facilitating construction of boundary wall around the ruins at Sisupalgarh on the outskirts of Bhubaneswar.

A division bench of the High Court comprising Chief Justice S Muralidhar and Justice RK Pattanaik issued the order on Tuesday after hearing a PIL filed by the Indian National Trust for Arts and Cultural Heritage (Intach) 15 years back.

Taking note of an affidavit, filed by the Archaeological Survey of India (ASI), the bench sought the detailed plan of the government. “The state government must come up with a detailed plan on how it proposes to go about enforcing the gazette notification (related to Sisupalgarh) by removing encroachments and facilitating construction of the boundary wall around the demarcated area, which has been notified as a Centrally-protected monument,” TOI quoted the bench as stating.

Superintending Archaeologist of ASI, Bhubaneswar Circle, Arun Malik, in the affidavit, said the ASI has already sanctioned Rs 81 lakh for construction of the boundary wall around part of the protected area. But, it can take up the construction work after the encroachments are removed.

“The affidavit stated that the protected area, in terms of the gazette notification of November 13, 1950, is 562.68 acre. Accordingly, the ASI had submitted that the entire area to be demarcated and a boundary wall constructed,” the bench said.

The Bench posted the matter to May 16 after additional government advocate DK Mohanty sought four weeks to respond to the affidavit.

The ASI had carried out excavation at Sisupalgarh in 1948. The remains of a fortified city found at the excavated area are estimated to be over 2,000 years old.