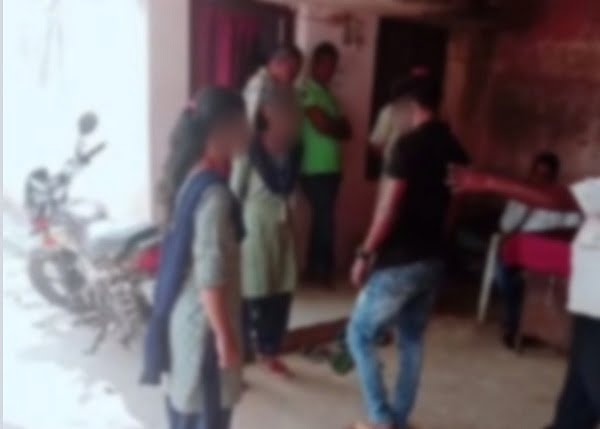 Athagarh: Passing lewd remarks at girls and making obscene gestures invite punishments like arrest and jail. However, in a unique incident in  Athagarh area of Cuttack district the locals fell back on tradition to teach the youth a lesson.

The youth was made to touch the girl’s feet and ask for forgiveness.

As per reports, the youth used to harass a girl of the area while she was going to college. Passing obscene comments and making gestures has become a daily affair and went it became unbearable, the girl narrated the ordeal to her family members.

Her family members and locals caught hold of the youth and handed him over to Tigiria police. He was made to beg for a sorry by touching her feet as a punishment for harassing the girl.

Later, family members of both, the accused and victim decided to forgive him as he was a minor. Hence, he was asked to touch her feet seeking forgiveness. The youth was also warned of action if he continued such activities. A video of the incident has gone viral on social media.

UP Topper, Studying In US, Dies In Accident; Family Alleges…