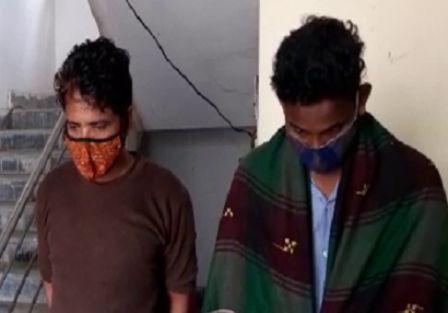 Puri: Excise officials seized brown sugar worth around Rs 20 lakh and arrested two persons in this regard in Puri district on Thursday.

Acting on a tipoff, the officials intercepted two persons near Siddha Mahavir railway level crossing on the Puri-Konark highway and seized 200 grams of the contraband from their possession.

Preliminary investigation has revealed that the two accused brought the brown sugar on board Purushottam Express from Balasore.