BSE Fire: Damage To Property Estimated At Over Rs 4 Lakh 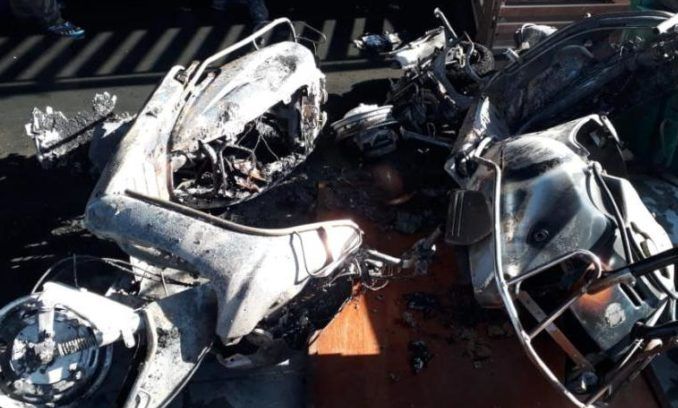 Sambalpur: The damage to property in the fire at the branch office of the Board of Secondary Education (BSE) in Sambalpur has been estimated at over Rs 4 lakh.
The assessment was made by a special team of officials of the BSE, Sambalpur in the presence of the investigating officer (IO) of Dhanupali Police Station, S. Dharua on Thursday.

Among the 53 items damaged in the fire include an air-cooler, tables, chairs, water purifier, table-top glass and a water pump. The total cost of all these items is estimated at over Rs 4 lakh.

After listing the damaged property, police prepared a seizure list and handed it over to the deputy director, BSE, Sambalpur, Suryamani Majhi.

The incident took place at about 2 pm on December 19 when some unidentified persons entered the BSE office and asked the staff why the office has been kept open. Later, they asked the staff to step out of the office and set fire to some files and other equipment in an office room. The fire later spread to the other office rooms and destroyed several important files and office assets. Before leaving the office, the miscreants set fire to two bikes belonging the staff parked inside the office premises.

Monitoring Computers; Citizens Ought To Have Right To Privacy