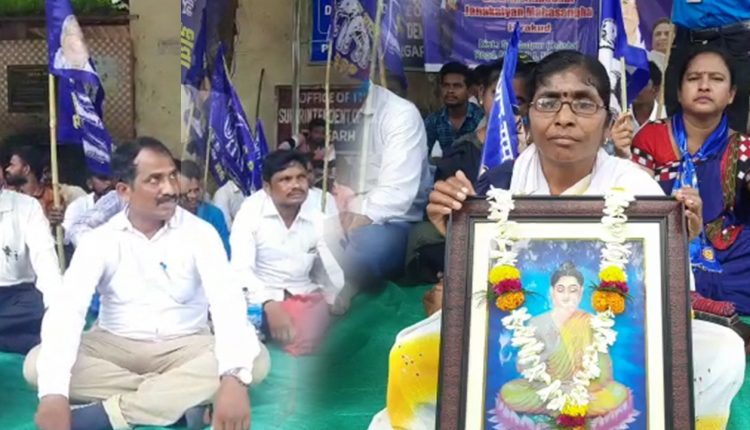 Bargarh: Bahujan Samaj Party (BSP) activists of Balangir and Bargarh on Tuesday organised a rally and sit-in in front of the office of Superintendent of Police Rahul Jain here demanding action against four policemen who whisked away Dalit youth Gobind Kumbhar in a police vehicle from his Tora village last week. Gobind was found dead hours after his detention and his body bore multiple bleeding injuries.

The death sparked impromptu protests from all sections of people in the district last week. The peaceful protesters were brutally lathicharged.

The Bharatiya Janata Party also organised a dharna near the SP’s office demanding disciplinary action against the police on duty on that fateful day.

Workers of Bargarh and Balangir district units of BSP, led by convenor Jayaram Bag, sat on dharna raising slogans against the district administration and demanded proper inquiry into Gobind’s death and immediate suspension and arrest of the policemen responsible for the incident.

The agitators also demanded adequate compensation to the bereaved family in a petition addressed to the National Commission for Scheduled Castes, New Delhi, a copy of which was submitted to the Superintendent of Police, Bargarh.

BSP leader Raju Nanda of Balangir said the accused policemen who are still doing their duty should be suspended and arrested immediately.