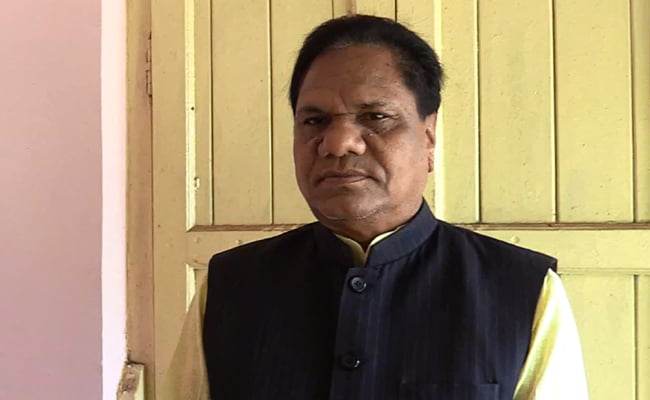 Koraput: Former MP of Koraput Jayaram Pangi on Tuesday announced his decision to quit BJP and fight for formation of a Union Territory comprising some parts of Odisha and two neighbouring states.

Talking to mediapersons, Pangi said after remaining in politics for 44 years, he wants to do something for betterment of his native place and the people of the undivided Koraput district.

Revealing his future plans, he said the tribals of the undivided Koraput district living near the border areas of Andhra Pradesh and Chhattisgarh are yet to see any development.

“Among other issues, these villages do not have road communication. Though I have raised their problems with the state government several times, I am told that I am doing it since I am a member of an opposition party. If this is the case, why should I remain in politics?” Pangi said.

He further said apart from the undivided Koraput district, he wants to take up the issues of the people living in hilly areas of Kandhamal district, areas lying near the border of Andhra Pradesh and the entire area of Kotia panchayat.

“The only way to resolve the issues is to accord Union Territory status to these areas for which I have formed the Dandakaranya Parbatmala Vikash Parishad. As it is very difficult for a person to shoulder two major responsibilities at a time, I have decided to quit the BJP,” Pangi said.

However, the former MP made it clear that he will seek the support of all parties to raise the demand for Union Territory status to the Dandakaranya Parbatmala.

A four-time MLA of Pottangi, Pangi was elected to the Parliament from Koraput Lok Sabha seat on Biju Janata Dal (BJD) ticket in the 2009 elections. However, after he was suspended from the BJD, he quit the party on May 9, 2017 and joined BJP. He had contested the general election from Koraput in 2019 but lost to Congress candidate Saptagiri Ulaka.