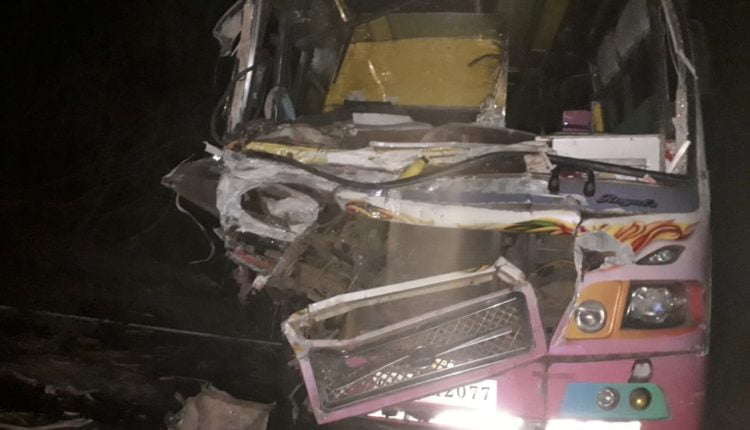 Kandhamal: A bus carrying migrants from Bhawanipatna to Ganjam collides head-on with a truck near Mundigarh in Baliguda area of Kandhamal district late on Monday.

The drivers of bus and truck sustained critical injuries in the accident and were admitted to a hospital.

The 47 migrants, who had earlier reached Bhawanipatna from Goa in a train, were then shifted to a quarantine centre at Jalespata, sources said.

Also Read: Another Odisha-Bound Bus With Migrants From Surat Meets With Accident

8420 Orders For Liquor Home Delivery On Day One In Odisha, Swiggy & Zomato To Start Operations Today

Tehsildar In Vigilance Net For Taking Bribe In Odisha’s Kandhamal