Bus Overturns In Odisha, 19 UP Tourists On Trip To Jagannath Dham Injured 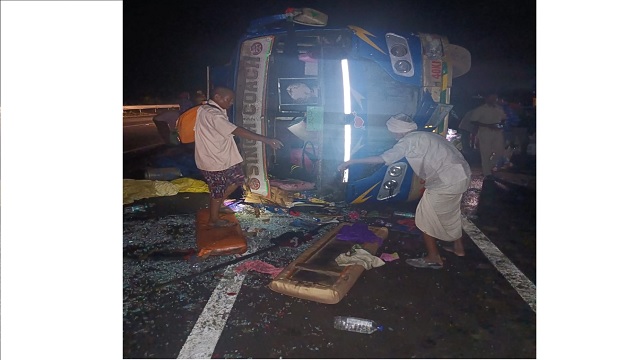 Jajpur: At least 19 tourists from Uttar Pradesh sustained critical injuries as the bus in which they were travelling overturned on NH-16, bordering Shahapur and Odisha’s Jajpur district, on Tuesday.

According to sources, a passenger bus carrying around 80 tourists from UP was returning after darshan at Jagannath Temple in Puri when it overturned on the national highway.

While those injured were admitted to a nearby hospital in Jajpur, three among them with critical injuries were later shifted to the district headquarters hospital.

The cause of the accident and the identity of the injured are yet to be ascertained. A police probe has been initiated into the matter.