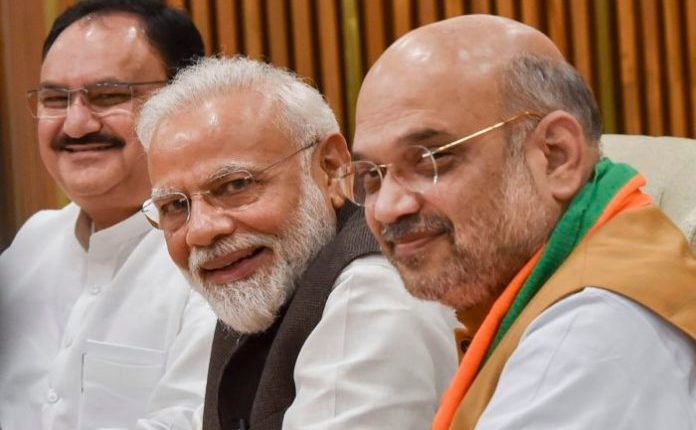 Speculation is rife that changes could be in the offing, especially after Modi held a meeting with Union Home Minister Amit Shah and party president JP Nadda at his residence on Friday.

According to Times Now, the meeting among the ‘Big Three’ is the first of several ‘assessment’ meetings or ‘consultations’ with his ministers.

The channel said government sources have said that performances will be reviewed and ideas exchanged on the road forward, at these meetings.

Modi is also reportedly planning to take the load off some ministers who have been handling multiple portfolios.

Several experts feel time is ripe for a reshuffle in Modi’s Cabinet. No reshuffle has taken place since Modi assumed office for his second term two years ago.

The virulent COVID-19 second wave has come as a wake-up call after the Centre was blamed by almost all for its complacency and failing to anticipate it after the first wave was controlled around December-January.

Some say Modi has realized that an image makeover is required amid constant attacks from the Opposition as well as foreign media.

There is also speculation that there could be changes in the Uttar Pradesh cabinet and in the state’s party structure ahead of the 2022 Assembly elections. UP chief minister Yogi Adityanath met Modi and Nadda.