Bye Sundari! Tigress To Leave Odisha For Madhya Pradesh By This Date 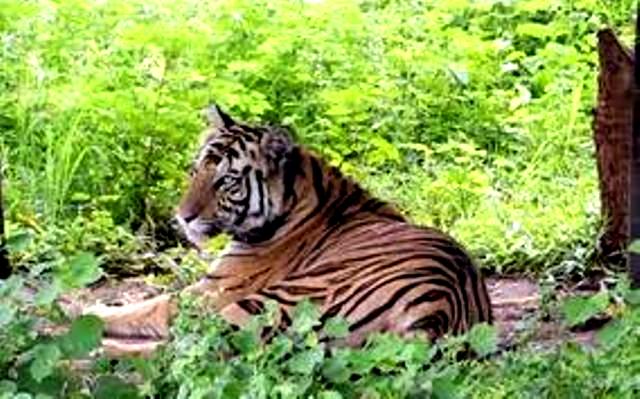 As per sources, the tigress will be sent to the rewilding centre in the first or second week of March.

Karat said the preparations to send Sundari back are in final stages. As the procedure of send back the big cat is lengthy, she will be sent in the first or second week of March, he informed.

“As there is no special vehicle and a special team to take Sundari back, we are are holding discussions with Kanha Tiger Reserve authority to provide such facilities, for smooth shifting of the wild animal,” said Karat.

“The Forest departments of Madhya Pradesh and Odisha will be working together in the return procedure of Sundari,” he added.

It is worth mentioning that both, Odisha and Madhya Pradesh governments were getting ready for return of Sundari last year when COVID-19 pandemic broke out in 2020 and the project was stalled. Laster it was planned to shift the tigress in February (this month) but not dates were declared.

Sundari was translocated from Bhandhvgarh to Odisha in 2018 under country’s first inter-state tiger translocation programme. The big cat was released into the Satkosia sanctuary in Angul district. But, later it was lodged in an enclosure after the animal reportedly killed a man and a woman living inside the reserve in September, 2018. The incident had triggered massive violence when a group of locals set ablaze a forest beat office.