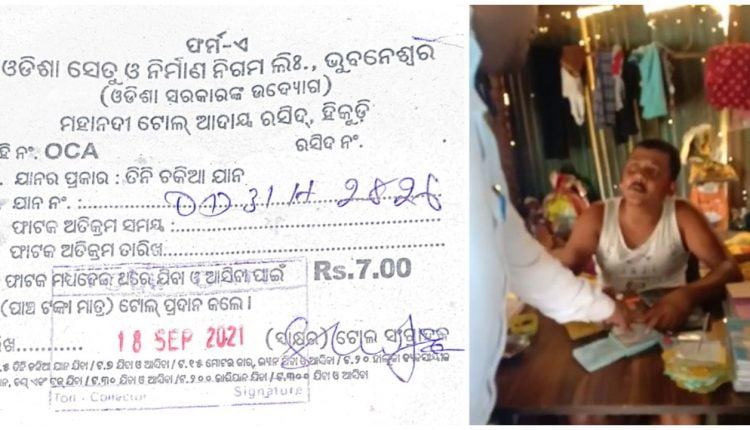 Sonepur: The bridge across River Anga on Binika road in Subarnapur district is more than 30 years old and the toll tax is being collected from vehicle users fraudulently, it is alleged.

Ironically, the receipts of toll tax issued at the gate near River Anga showed that the bills are meant for toll gate over River Mahanadi  and several road users have suspected whether the collected toll taxes are being properly deposited with the government treasury. Officially, the taxes are being collected by the Odisha’s Bridge Construction Corporation Limited here.

What is mysterious is that although battery-operated vehicles are exempt from toll tax, the tax collectors are forcibly fleecing money from drivers of battery-driven auto-rickshaws. The toll tax collections from the old bridge across river Anga is said to have far exceeded the money spent on its construction some 30 years back.

The “high-handed officials collecting toll tax” at the bridge near River Anga are stated to be ignorant of the basic Revenue rules, alleged the locals and demanded a review of the need to operate a toll gate at this river bridge.

Over 71% Odisha Students Had No Access To Smartphones During…