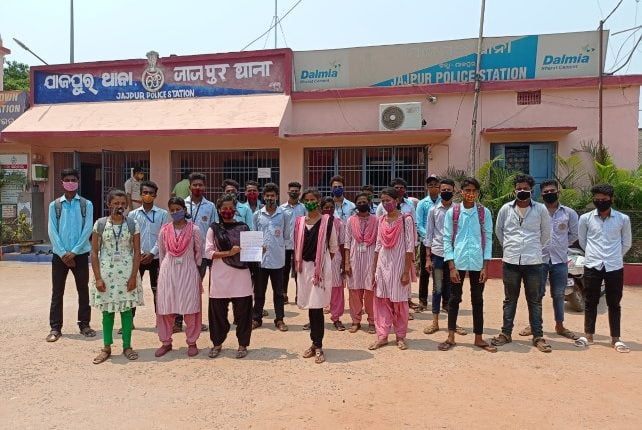 Jajpur: Locals and protesting students clashed during a road blockade in Jajpur district on Friday.

The students were demanding cancelation of Plus-II exams held by the Council of Higher Secondary Education (CHSE) due to COVID-19 upsurge. The protesters included Plus-II students of different colleges and members of Navnirman Students and Youths’ Association.

They staged the road blockade near Narasingha Choudhury College in Jajpur.

Following this, some locals attacked the agitating students and forced them to leave the place. They also dragged some of the students to a police station.

However, police released the students after questioning.

Notably, students of some colleges in Ganjam and Puri also staged protest on Friday to demand the cancellation of exams.