Car Explosion Outside UK Hospital: 1 Dead, 3 Arrested; What We Know Yet 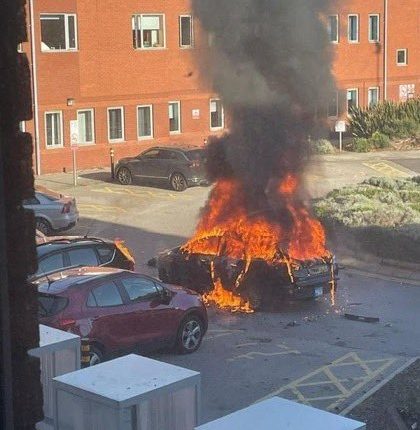 London: Three men have been arrested under the Terrorism Act after a man was killed and another injured in a car explosion outside a hospital in the northern English city of Liverpool on Sunday, police said.

The car pulled up outside the hospital and exploded. A male passenger in the car was declared dead, while the injured male driver was in hospital in a stable condition, police said.

Counter-terrorism officers said they were investigating the explosion and were keeping an open mind about the cause of the blast.

British Prime Minister Boris Johnson said his thoughts were with the affected people and Interior Minister Priti Patel said she was being kept regularly updated.

Three men — aged 29, 26, and 21 — were detained in the Kensington area of the city and arrested under the Terrorism Act, police said in a statement.

Police said the car involved was a taxi that pulled up at the hospital shortly before the explosion.

Police carried out raids on properties in Rutland Avenue near Sefton Park, and Boaler Street in Kensington, reported BBC.

Prisoners In Odisha To Get Snacks At Night