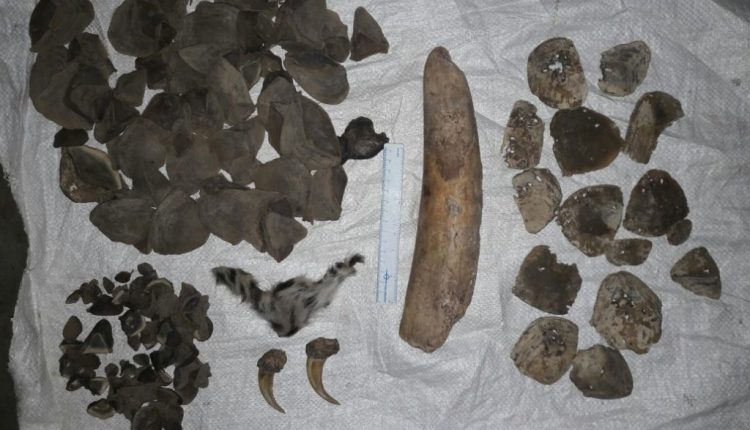 Bargarh: The wildlife crime cell of the state Crime Branch on Monday seized a number of contraband wildlife products from Bargarh town and arrested three persons.
The accused, two of whom hail from Chhattisgarh and one from Bargarh, were nabbed following a joint raid by wildlife crime control bureau (New Delhi) and the state Crime Branch officials. A huge amount of pangolin scales, ivory and bear nails were recovered from their possession, Crime Branch special DG B K Sharma informed in a series of tweets.
The seized products are covered in Section 1 of Wildlife Protection Act, 1972, Sharma added.