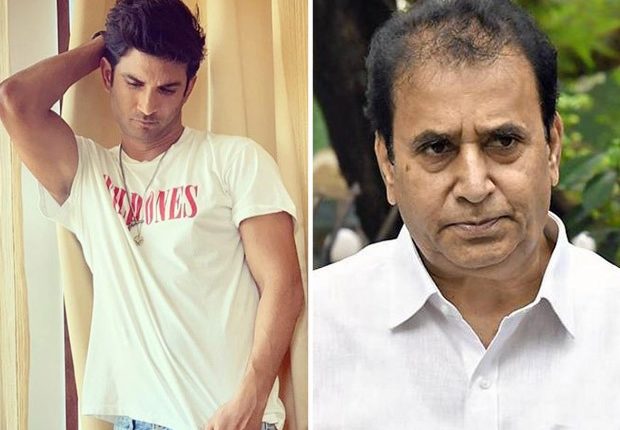 Mumbai: Bollywood actor Sushant Singh Rajput’s tragic demise continues to grab headlines even a month after he was found hanging at his Bandra house in Mumbai.

While fans and well-wishers, including some politicians, are demanding a CBI probe in the actor’s suicide case, Maharashtra Home Minister Anil Deshmukh thinks otherwise.

According to a report in Mid-Day, Anil Deshmukh believes that Mumbai police is competent in investigating such cases and till now, there has been no evidence indicating a foul play in the actor’s death.

“I have the tweets and the campaign. But I don’t think that a CBI probe is required. The Mumbai Police is competent enough to handle such cases and they are investigating every aspect of the case including professional rivalry. As of now, we do not see any foul play. Details of the investigation will be shared once it is completed,” Anil Deshmukh told Mid-Day.

On Thursday, Sushant’s girlfriend Rhea Chakraborty had appealed to Home Minister Amit Shah for a CBI probe in the actor’s death case.

“Respected @amitshahofficial sir, I’m Sushant Singh Rajput’s girlfriend Rhea Chakraborty, it is now over a month since his sudden demise. I have complete faith in the government, however in the interest of justice, I request you with folded hands to initiate a CBI enquiry into this matter. I only want to understand what pressures prompted Sushant to take this step. Yours sincerely, Rhea Chakraborty #satyamevajayate,” she tweeted.

Earlier, Jan Adhikar Party Chief Pappu Yadav too had written to the Home Minister, requestion him to look into the matter and order a CBI probe as soon as possible.

BJP leader Subramanian Swamy too has hired a lawyer to see if a CBI probe can be ordered in the actor’s suicide case.

Actor-turned-politicians Roopa Ganguly and Shekhar Suman suspected a foul play in the actor’s death and demanded a CBI probe.

Never Be Apologetic For The Way You Look, R Madhavan Advises Fan