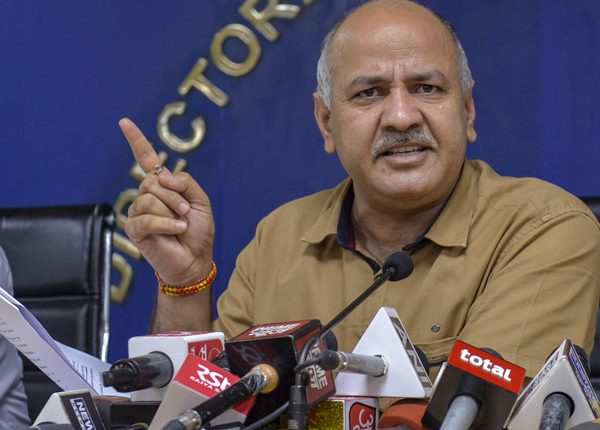 Sisodia and his wife turned up at a Punjab National Bank branch here around noon, to be present during the search operation of the lockers.

Watch the video of Sisodia with CBI officers at the bank, tweeted by ANI:

The BJP on Tuesday upped the ante against the Arvind Kejriwal-headed government.

“Delhi has the twin tower of corruption — education and liquor scam. The people of Delhi want to know when will Arvind Kejriwal ask for the resignation of his ministers involved in the scams,” BJP spokesperson Shehzad Poonawalla said, referring to Sisodia and arrested Health minister Satyendra Jain.

Sisodia has been named as one of the 15 accused in an FIR by CBI.

Following CBI searches and raids at 30 locations including Sisodia’s residence, the deputy CM had said that BJP’s issue is not corruption but Kejriwal, “who is emerging as a national alternative to PM Narendra Modi.”