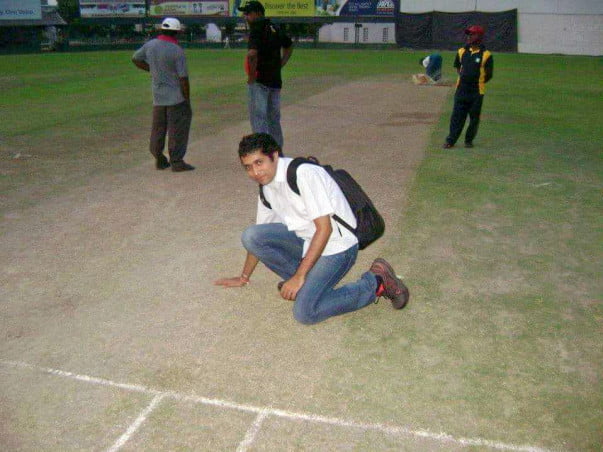 Bhubaneswar: Sidhanta Patnaik, the celebrated sports journalist whose writings inspired a generation of cricketing aficionado, passed away on Friday after a prolonged illness. He was 35.

Sidhanta was the voice of underdogs; for all those players in domestic cricket whose creative brilliance never made it to the national headlines.

In the world of the Dhonis, the Kohlis, he stood out  as lone warrior, promoting the little-known gems who played in divisional cricket and about differentially-abled cricketers.

His stories on Jammu and Kashmir cricket in 2013-14 laid bare the strife and struggle of cricketers from the state and administrators alike.

He also co-authored the book ‘The Fire Burns Blue — A History of Women’s cricket in India’. His passion for women cricket helped him gain greater recognition in the game. Besides, he was a regular contributor to Wisden Almanac, Wisden India, and Cricket Next.

However, behind his celebrated work, Sidhanta was fighting another battle on the personal front.

He was first diagnosed with throat cancer in 2011, a battle which he won against all odds. He went on to win laurels with his writings, had a sweet little family and became an inspiration for all cancer survivors. But the joy was shortlived. The disease struck him once again, draining him physically and financially.

Support poured in from friends and well-wishers, even as appeal for help was raised in all quarters. Sidhanta is survived by his wife and four-year-old daughter.

“He was an inspiring person, a wonderful colleague and a dear friend– a constant presence in the changing landscape of women’s cricket,” described the official Twitter account of women’s CricZone.

One of the most respected journalists who covered Indian Women’s Cricket, Sidhanta Patnaik, passed away last night. He was an inspiring person, a wonderful colleague and a dear friend– a constant presence in the changing landscape of women’s cricket.

“Over the last year, I got to know Sid a lot better as he wrote extensively for us..each of them meticulously researched and argued. He will always be an example to young journalists. You will be missed, my friend…,” said sports journalist Gaurav Kalra.

Odisha Girl Among 8 Co-Champions Of US National Spelling Bee

Corona Alert: Olympics May Be Put Off, But Not Cancelled