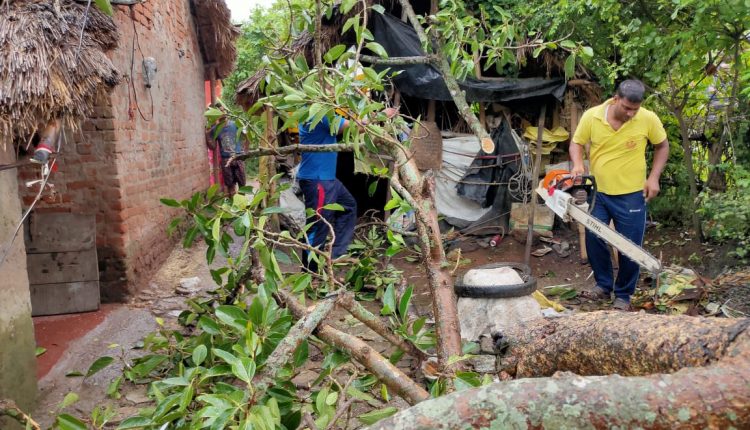 Bhubaneswar: A central team will visit Odisha on November 14 to assess the extent of damage in heavy rain and high-velocity winds triggered by cyclone Bulbul.

After a review meeting at Lok Seva Bhawan here on Monday, Special Relief Commissioner (SRC) Pradip Jena said that the Centre had hinted at sending a team to the cyclone-hit districts of the state to assess the damage to crops and property. After its two-day visit, the team will submit a report to the Centre, he added.

After an aerial survey of the cyclone-hit districts, Chief Minister Naveen Patnaik had presided over the review meeting in the evening.

The SRC said that the CM interacted with the collectors of Jagatsinghpur, Kendrapara, Bhadrak, Balasore, Mayurbhanj and Jajpur districts through video conferencing.

They have been directed to submit a detailed report of the damage to the SRC by November 18 so that the state government can submit a memorandum to the Centre for financial assistance to take up relief and restoration and rehabilitation works at the earliest. He also directed the collectors to provide assistance to the affected farmers from November 24, he added.

“The Chief Minister also asked the collectors to ensure transparency in the assessment of the damage and disbursement of financial assistance and provide all the details at each panchayat office and on the district administration website. Apart from this, he also instructed them to resume supply of drinking water through generators till the restoration of power. If necessary, steps should be taken for the supply of drinking water in tankers,” the SRC added.

Odisha To Work With IMF For Better Fiscal Management