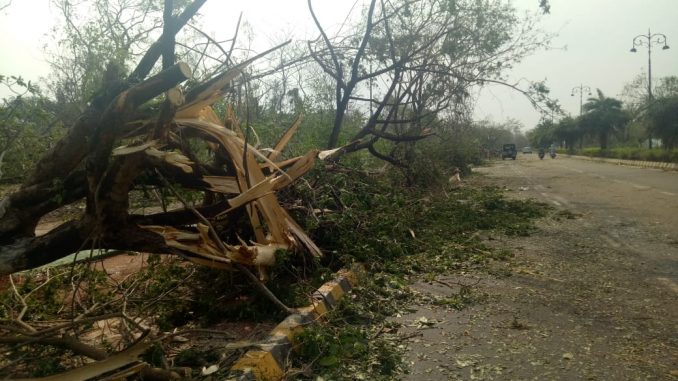 Bhubaneswar: An inter-ministerial Central team (IMCT), which is touring the six Bulbul-hit districts in Odisha, visited Kendrapara district on Friday.

After arriving in Bhubaneswar on Thursday afternoon, had visited Dhamra and Chandbali blocks in Bhadrak district.

As per schedule, the team has split into two groups and will visit Bhadrak, Balasore, Kendrapara and Jagatsinghpur districts on Friday.

After winding up its visit, the team will arrive in Bhubaneswar in late afternoon and meet the chief secretary and senior officials of the departments concerned at Lok Seva Bhawan at 5 pm. The team will leave for New Delhi in the evening.

It will submit its report to the Union Home Ministry on the extent of damage in Jagatsinghpur, Kendrapara, Bhadrak, Balasore, Mayurbhanj and Jajpur districts due to Cyclone Bulbul.

Woman Gives Birth To Triplets Aboard Train In Odisha