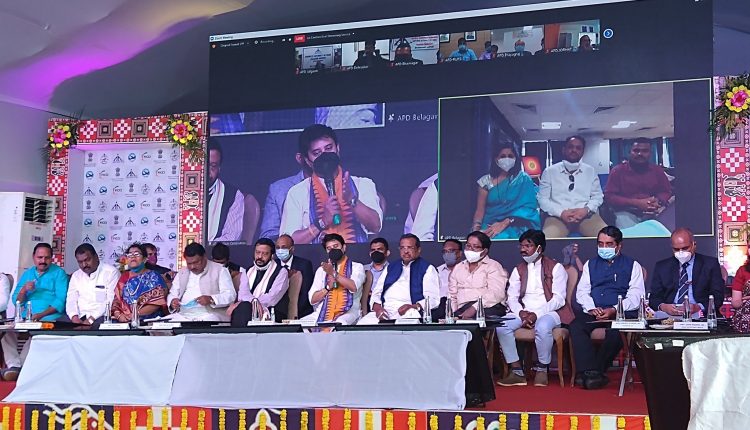 Jharsuguda: The Centre is keen on developing a greenfield airport in Puri, Union Civil Aviation Minister Jyotiraditya Scindia said while in the town to attend the Udan Utsav at Veer Surendra Sai (VSS) airport here on Monday.

“A detailed proposal for Puri airport, which will be developed as a greenfield airport, has been sent to the Odisha government and we are awaiting a response,” he said.

The Union Minister further said that plans are afoot to increase flight frequency from Jharsuguda. Currently, Spice Jet and Alliance Air are operating flights to Kolkata, Bengaluru, Delhi, Hyderabad, Bhubaneswar and Raipur. It sees an average footfall of 28,000 fliers every month.

“Nearly 180 acres of land is required for the phase 2 development of Jharsuguda airport. Since Jharsuguda is a key agricultural belt, the Krishi Udan scheme can be used to assist farmers to transport agriculture products” he added.

Scindia added that his Ministry is also expecting a report from the state government to resolve the issues of permission and licensing for Jeypore and Utkela airports.

He released a report on ‘The Socio-Economic Impact of RCS-UDAN Scheme: Phase I’ prepared by the Indian School of Business and unveiled a new logo of UDAN Scheme on the occasion.

Cultural groups in traditional attire performed to the local instructions on the occasion. Other airports were connected to the event via video links.

Notably, VSS airport was named the nodal airport for the event as it had emerged as one of the most commercially viable airports among the 56 launched under the Centre’s regional connectivity scheme, ‘UDAN’ (Ude Desh Ka Aam Nagrik).

A major gateway to western Odisha, the airport was inaugurated by Prime Minister Narendra Modi on September 22, 2018.

Rain To Lash Odisha’s Twin Cities In Next 2 Hours

Brajarajnagar Bypoll: Independent Candidate Campaigns With Father As His Star…