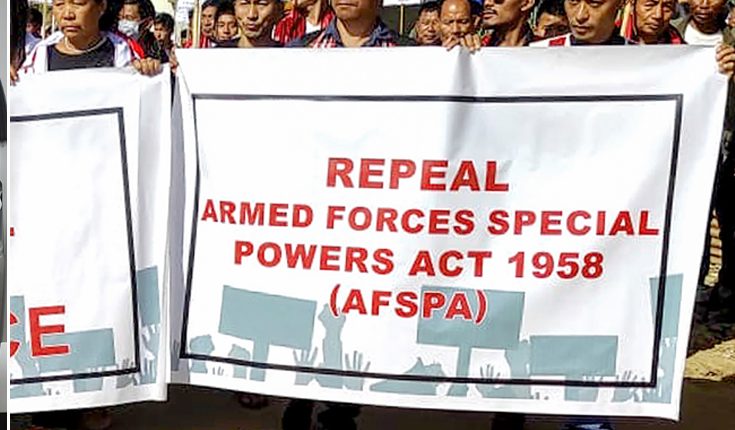 New Delhi: After decades, the disturbed areas under Armed Forces Special Powers Act (AFSPA) in Nagaland, Assam and Manipur have been reduced. Union Home Minister Amit Shah took to Twitter on Thursday to announce this decision of the Union Government.

In a significant step, GoI under the decisive leadership of PM Shri @NarendraModi Ji has decided to reduce disturbed areas under Armed Forces Special Powers Act (AFSPA) in the states of Nagaland, Assam and Manipur after decades.

Shah attributed it to the improved security situation and fast-tracked development due to the consistent efforts and several agreements to bring lasting peace in the northeast by Prime Minister Narendra Modi.