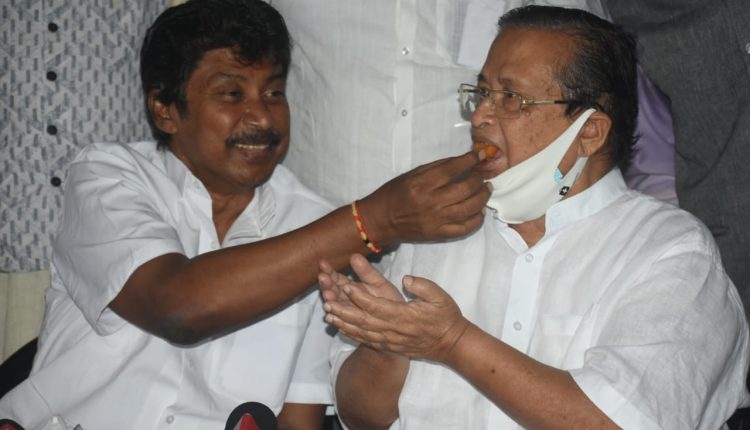 Bhubaneswar: The Congress on Friday said prime minister Narendra Modi repealed the farm laws in anticipation of defeat in forthcoming elections in Uttar Pradesh and Punjab.

Speaking to the media persons, here, Odisha in-charge of Congress Chellakumar said the roll-back of the farm laws was the result of year-long battle by the party and farmers against the Centre’s decision.

Stating that more than 700 lives were lost during the fight against the black laws, he said the lives could have been saved if the prime minister had taken their cause seriously.

It was only after the BJP suffered heavy loss in Assembly and Lok Sabha elections in Himachal Pradesh, Karnataka and Rajasthan that the prime minister decided to withdraw the anti-farmer laws, he added.

OPCC president Niranjan Patnaik said the black laws were withdrawn because of sacrifices made by the farmers and his party would always support their cause.

Speaking on Mamita Meher murder case, Chellakumar said CBI investigation will not bring the culprits to the book as ruling BJD and opposition BJP have forged a nexus in the state. Investigation by only a Special Investigation Team (SIT) would do justice to the victim’s family, he added.

“Since the BJP is in power at the Centre, it will come to the rescue of the BJD by putting pressure on CBI on not revealing the truth. In this context, only SIT probe can ensure justice to the family of slain school teacher,” Kumar said.

Kumar, who is on a three-day visit to Odisha, said both BJP and BJD want to suppress the case. The two parties are issuing public statements only to gain political mileage out of the issue.

On the party’s future plans on the matter, he said, “Our agitation will continue till the case is handed over to SIT.”