Bhubaneswar: A bus library was inaugurated at Kalabhoomi in Odisha capital on Monday. This library has been crafted out of an old discarded bus donated by OSRTC and is, therefore, a new exhibit at the museum as well. 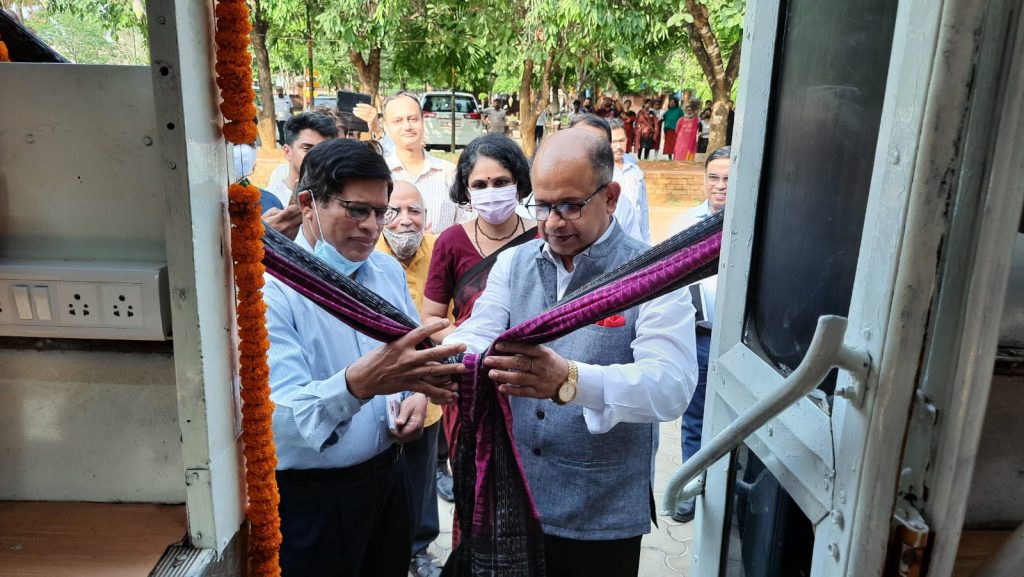 When Kalabhoomi opened its doors in 2018, it collaborated with Bakul Foundation,  which has been running a Library Movement in Odisha for the last 15 years, with storytelling sessions and other activities to engage children and youth.

While Bakul Foundation has been running a Library Movement in Odisha for the last 15 years, Kalabhoomi opened its doors in 2018, it collaborated with Bakul Foundation with storytelling sessions and other activities to engage children and youth on crafts. The seeds of a library at Kalabhoomi were sown then. To allow access to the library without having to go through the regular entry for museum visitors, it was decided to use the parking space for the purpose.

Bakul Foundation then approached OSRTC for an old bus and through contribution, the bus was transformed into an attractive library. 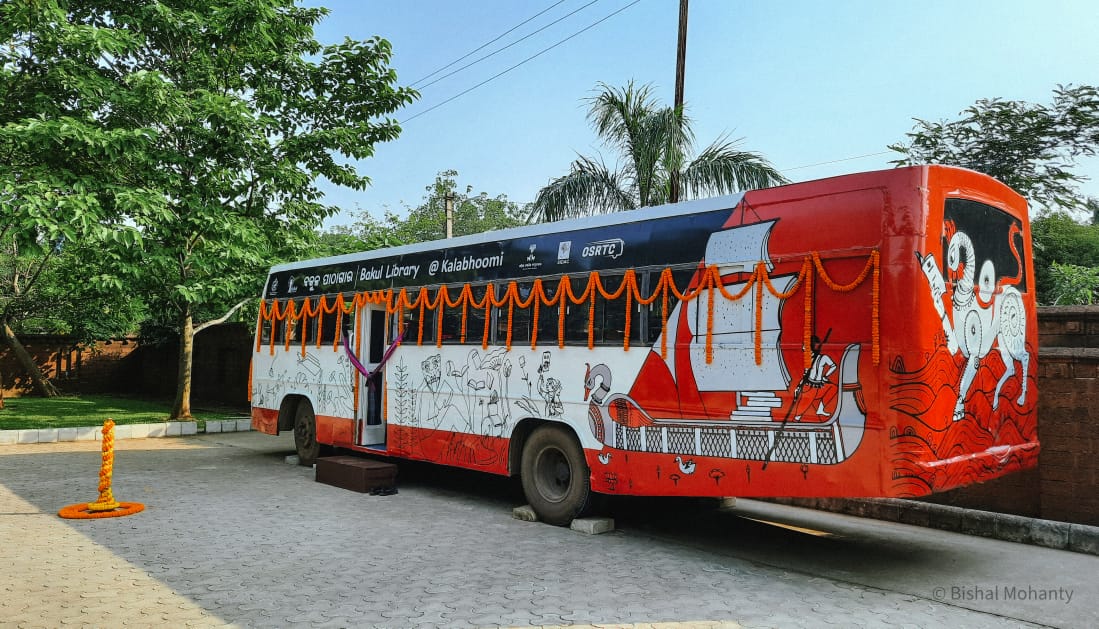 The seats were removed and book racks were created on one side, including the baggage rack at the top. On the other side, a long bench was created for readers to sit on. Children can sit on mats on the floor as well. The row of seats at the back of the bus has been retained to keep the feel of the bus. Similarly, the driver’s chair and the steering wheel have been retained as a fun selfie point for the readers.

The outer portion of the bus has been attractively designed using motifs from Pattachitra and other traditional crafts of Odisha. There is a beautiful biota, a metaphor for stories travelling across seas, which has its sails looking like a book. At the back, one gets to see the Nabagunjara reading a book as well.