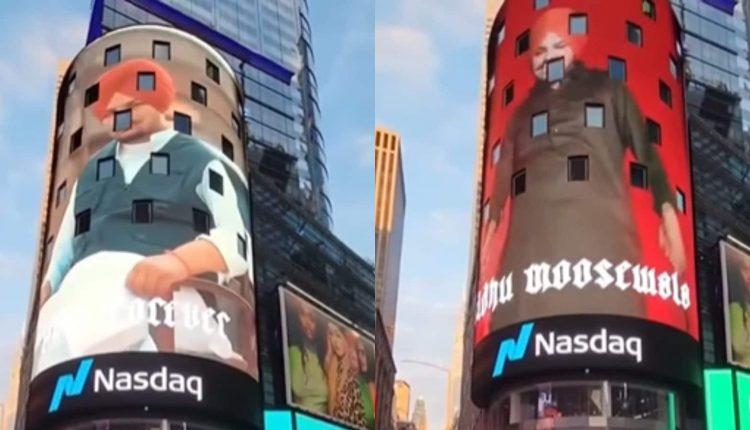 New York: Getting featured on the billboards of Times Square in New York is a matter of pride and honour.

In a special tribute to the slain Sidhu Moosewala, huge billboards played clips of the Punjab singer-rapper’s songs at the iconic Times Square.

People stopped by at the busy location in the heart of New York to watch Moosewala’s songs and some of them imitated his thigh-thumping step. Some were seen clicking pictures in front of the display boards.

Viral Bhayani shared a video from the Times Square display on Instagram.

Fans were all respect for Moosewala.

“Waheguru ji bless his soul, he deserves all this, will be missing always,” wrote one user.

Among other tributes were: “Legends never die”, “Rest in power legend.”

Moosewala, who would have turned 29 on June 11, was gunned down in Punjab’s Mansa district a day after the Punjab government lifted security cover of 424 people, including the singer-politician’s.