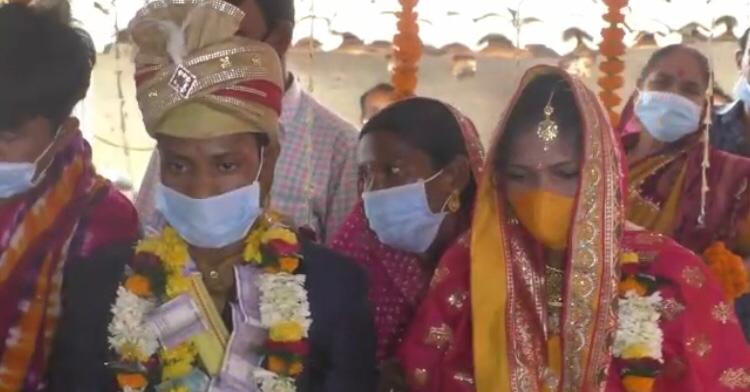 Jharsuguda: Sony Jadav, the Chhattisgarh girl who has been living in Odisha for the past five years after being swept away by floodwaters of the Mahanadi, tied the nuptial knot in Jharsuguda district on Wednesday.

She got married to one Purushottam Jadav, son of Prem Singh Jadav of Dharamjaygad village in Raigarh district of Chhattisgarh. 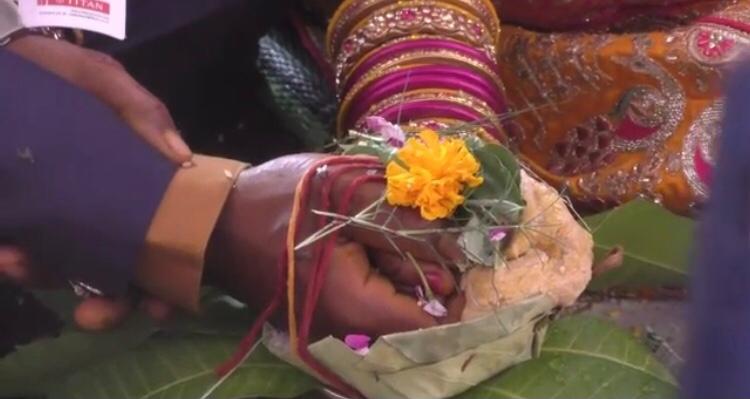 Sony is an orphan and belongs to Jebra village of Raigarh district in Chhattisgarh.

The wedding was held in adherence to the COVID-19 guidelines.

When her foster father, Sanyasi Kalo, a fisherman of Kusmel village, expressed his inability to conduct the marriage due to financial constraints, Brajarajnagar MLA Kishore Mohanty stepped in and took up all the responsibilities. He also performed ‘Kanyadaan’ (giving away the bride) ritual, sources said. 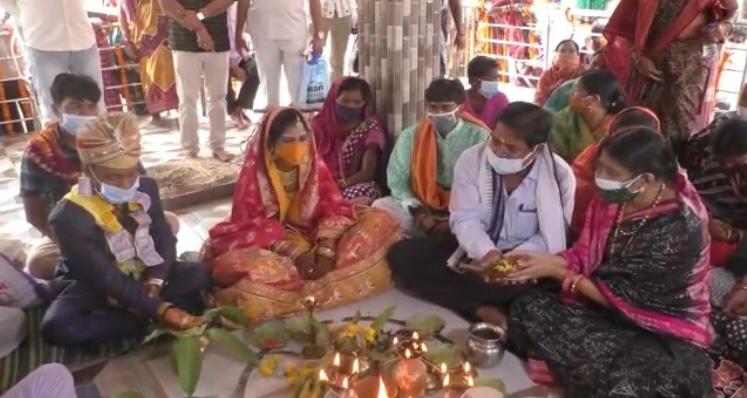 Sanyasi, his wife Ahalya and the villagers gave her a tearful farewell as she left for her in-law’s place later in the day.

The intellectuals of the district have opined that such inter-state marriages will help in solving the dispute between Chhattisgarh and Odisha.

Notably, the incident had taken place in September 2016 when Sony had gone to Chandrahasini Devi temple for darshan. She slipped into the river while cleaning her legs and was swept away for about 50 km before reaching Kusmel village.

Sanyasi found Sony covered in mud, lying on the banks of the Mahanadi and brought her home. She had lost her parents at the age of 5 and was staying with a relative. Eventually started working as a domestic help to provide for herself. Soni, however, did not want to return to that life, following which Sanyasi and his wife adopted her legally.

“We first took her to her native place and visited the police station. She was not a minor and decided to stay with us and neither of the families had any issues. Her paternal uncles and some members of the family continue to visit her,” said Sanyasi.

They trained in tailoring to make her an independent girl. She wants to open a small tailoring shop.

Raid On Marriage Mandaps In Bhubaneswar For COVID Norms…