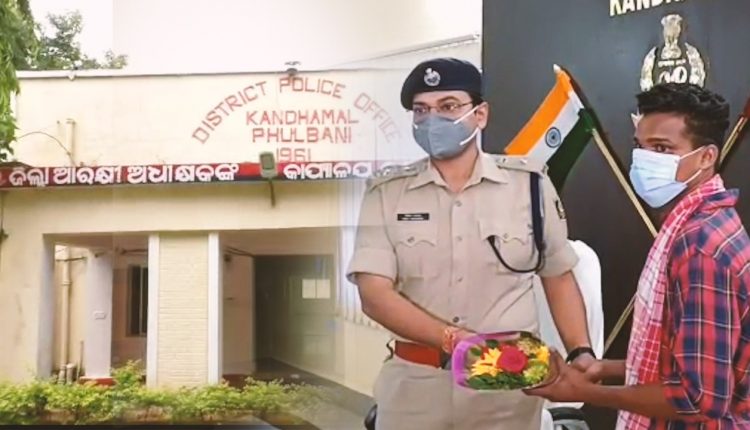 Phulbani: Disillusioned by Maoist ideology, Rahul Musaki, a Maoist from Chattisgarh has surrendered before Kandhamal Superintendent of Police Vineet Agrawal on Sunday.

According to police sources, Rahul has been an active member of the Sukuma district wing of Maoists in Chhattisgarh since he joined the organisation in 2015. He was involved ina number of attacks on the police in the border areas.

Rahul is reported to have told the police that increasing harassment of the Maoist leaders in the face of intensified combing operations by the police has disenchanted him before he quit the outfit.

The Superintendent of Police told mediapersons that Rahul’s surrender would pave the way for his future life of peace in the mainstream and the government would provide all benefits to him which he deserves as a surrendered activist who has quit the path of violence.

Low Pressure Likely To Form Over North Andaman Sea In 36 Hours; What Is In Store For Odisha