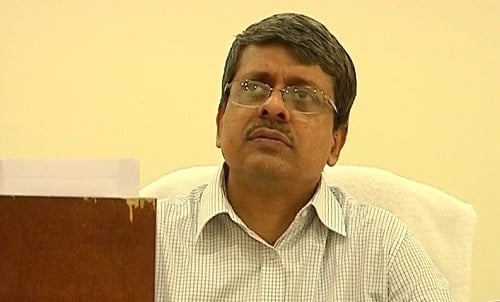 Talking to mediapersons later in the day, Padhi said he has decided to take charge of his new assignment on August 19.

“As the Governor has approved my appointment as the SEC, I have resigned as the Chief Secretary and applied for the voluntary retirement from my service to the Chief Minister with a request to accept my application by August 19 instead of 90 days from the day of application so that I will be able to join as the SEC on the same day,” he added.

The 1983-batch IAS officer, Padhi was scheduled to retire from government service in February 2020. He took charge as the Chief Secretary of Odisha in November 2015 and also served as Development Commissioner and Chairman of Odisha State Pollution Control Board (OSPCB).

Odisha Bytes had earlier carried a story, hinting at a major reshuffle in the highest echelons of the administration.

If sources are to be believed, Development Commissioner Asit Tripathy is tipped to succeed Padhi. Tripathy, a 1986-batch IAS officer, would superannuate in December, 2020.

Odisha Fights Corona: No Spitting In Public; Know The…