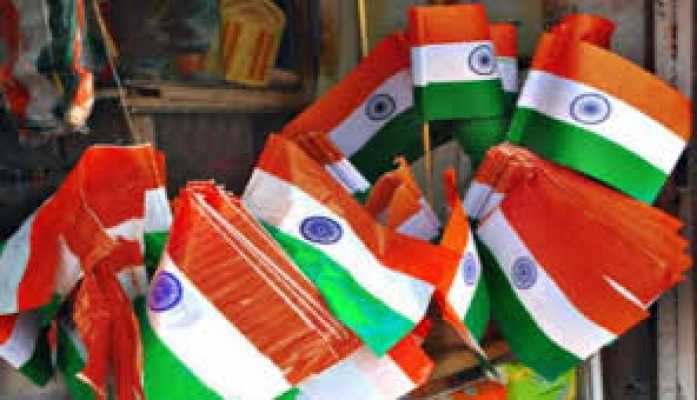 The ubiquitous plastic flags that had invaded the country a few years ago, are not to be seen these days, say reporters who are doing a recce of the city markets. So be it.

The ban on plastic and strict rules forbidding children from bringing them to school has ensured that their demand comes down. Just as well.

Is that being unpatriotic? Not nationalistic enough? Not necessarily. Any issue that is aligned with a stance that the country has taken is both nationalistic and patriotic.

We may not have been able to achieve significant results on the issue of climate change but as a nation, we have taken a stance to fight environmental degradation with all our might. And what better way to begin with the pride of the nation, the national flag? There couldn’t have been a more forceful message than this. In today’s scenario, protecting the environment is as important as safeguarding the nation’s borders. Our survival as a nation depends on both.

We have seen public places post the Independence Day and Republic Day celebrations in the past few years. Plastic flags attached to plastic straws strewn on the roads being trampled upon and landing in dustbins; is that how we want to treat the greatest symbol of our nation?

In an advisory ahead of Republic Day last year, the Ministry of Home Affairs had urged everyone not to use national flags made of plastic and asked the states and union territories to ensure strict compliance of the flag code.

Since plastic flags are not biodegradable like their paper counterparts, the plastic ones don’t decompose for a long time and ensuring appropriate disposal of national flag made of plastic commensurate with dignity of the flag, is a practical problem, the advisory said.

There are whispering debates on the issue, disenchantment and disgruntlement among traders for whom Independence Day celebrations are merely a business opportunity.

This fetish for wearing one’s patriotism on one’s sleeve by waving flags (plastic ones) is nothing but a selfie moment for social media crazy people. It’s like any other ‘baring your sentiments’ (that don’t exist) moments on social media that appear ‘cool’. Asked to lead from the front on any issue that concerns the nation or even the community, most of these deshbhakts will press the delete button.

Anyway, besides social platforms, the average Indian’s patriotism comes to the fore only on two occasions—when India is playing a cricket match with Pakistan or when there is an attack on the Indian Army. Other than that, most Indians get goose bumps when Lata Mangeshkar’s “Aye Mere Watan Ke Logo” is playing somewhere in the background or when a Bollywood film on patriotism with a stellar star cast is released.

Coming back to plastic flags, good that even if they are being sold, children are not buying them. We would do well by telling and teaching our children on the history of our flag, how it built up the fervour for independence and what it symbolises. Once they have this knowledge, perhaps they will not complain when having to stand up for the national anthem in a cinema hall just before their favourite movie is about to begin.

India No More A Developing Nation, Says Donald Trump; But Is It The Case?