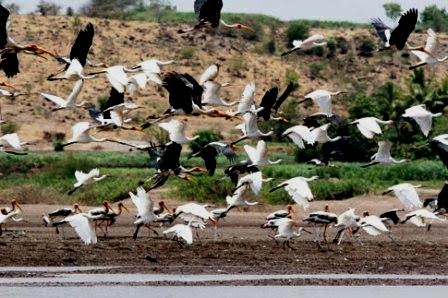 Bhubaneswar: Over 57,000 more migratory birds arrived in Chilika this year, according to the mid-winter waterfowl/water bird status survey 2023 conducted in the Chilika Lagoon on January 4.

A total of 184 species were traced, of which 105 are migratory species.

Training on status survey methodology was imparted to the participants at Wetland Research & Training Centre, Chandraput, on January 3.

A total of 134 personnel — including bird experts from government and non-government organisations like Bombay Natural History Society, Wild Orissa, WWF India, District Honorary Wildlife Warden, along with forest officers (retired and working) — participated in the survey.

The Chilika Lagoon was divided into 21 segments/units, which include four sectors of Chilika Lake, of which 2 units were by road and 19 units departed by boat.

The total bird count was carried out for all water bird species and wetland dependent birds which include Passerine birds. Actual number counts were made for smaller flocks, larger and conspicuous birds. and estimates were done for the species found in larger flocks. Time decided for bird count was 06.00 A.M. to 12.00 noon.