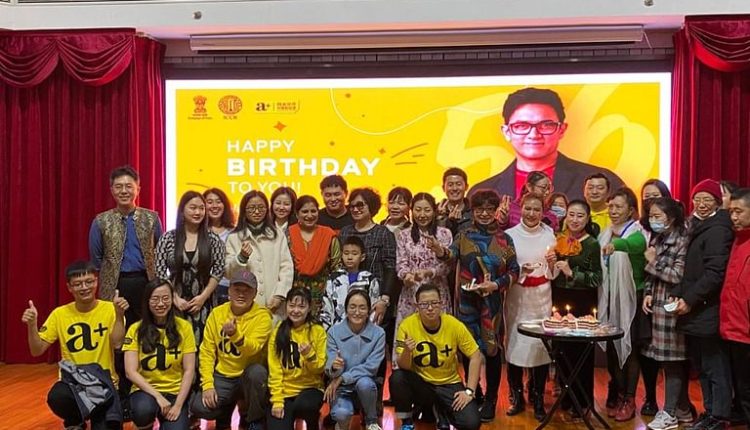 Mumbai: A superstar like Aamir Khan is always showered with love and pampered with gifts by fans and followers on his birthday. But a particular celebration on Sunday, when he turned 56, would have pleased him no end.

It happened at the most unlikely of places — the Indian Embassy in Beijing, where a group of Chinese fans from the Aamir Khan China Fan Club, or ‘a+’ as it is called, assembled on Sunday afternoon.

In a first, the Chinese fans cut a cake, sang the birthday song, viewed clips from his popular movies and read out letters from admirers across China at the embassy.

During the special two-hour event, a Chinese remake of a music video from Dangal was screened and a number of clips related to Aamir were shown. The most touching one was about a young Chinese woman named Karen, who was invited to the actor’s home a few years ago.

The fan club has over a million followers on its Chinese social media handles Weibo and Douyin and organises events related to Aamir and his films in several Chinese cities.

Over Rs 42 Crore Collected From Odisha For Ayodhya Ram Temple

Mahatma Gandhi’s Statue Vandalised; Check Who Did It &…