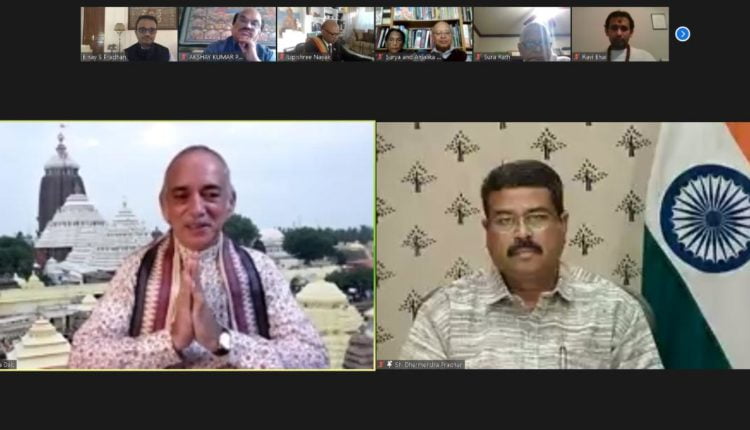 NewDelhi/Bhubaneswar: Puri king Gajapati Dibysingha Deb on Sunday appealed to Odia devotees around the world to contribute to the development of Jagannath temple in Puri.

Participating in a video-conference with the Odias in 35 countries, the Gajapati called for a united effort by all devotees across the world and Central and state governments to protect and develop the Jagannath temple, which is a prominent seat of Hindu culture for hundreds of years.

Speaking during the interaction, Union Petroleum minister Dharmendra Pradhan said it is the responsibility of the present generation to carry forward the legacy for next generation. Besides the state government, the Centre has also contributed to developmental schemes for the temple including the heritage corridor and Pilgrim Town.

Earlier, the Gajapati had extended his support to the proposal of Pradhan urging him to lead a fund-raising drive for the Jagannath Temple in Puri.