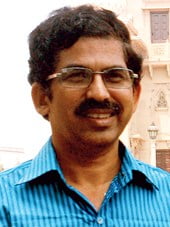 Tripathy, a well-known academician, was earlier working as the vice chancellor of Sambalpur University.

The BPUT was created by a law passed in the Odisha Legislative Assembly in November, 2002. Most of the Engineering, B.Tech, MBA, MCA, B.Pharm, M.Pharma and B.Arch degree programmes are run by constituent or affiliate colleges of BPUT.