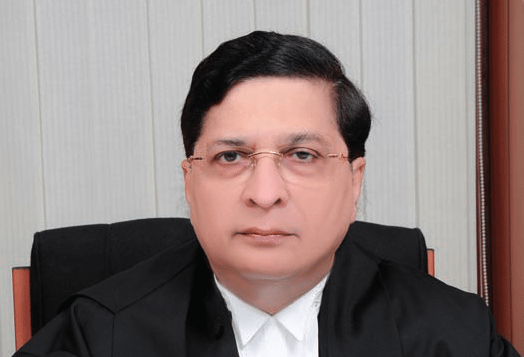 New Delhi: The petition filed in the Supreme Court challenging the decision of Rajya Sabha Chairman Venkaiah Naidu to reject the notice of motion for removal of Chief Justice of India (CJI) Dipak Misra will be heard by a Constitution Bench of Justices on Tuesday.

Congress MPs, Pratap Singh Bajwa and Amee Harshadray Yajnikon, on Monday had moved the apex court against the rejection of impeachment motion.

The petition will be heard by the bench of Justices AK Sikri, SA Bobde, NV Ramana, Arun Mishra and AK Goel.

“The impugned order proceeds on an erroneous assumption in law that the chairman/speaker, exercises quasi-judicial powers to determine whether to admit or not to admit a notice of motion and whether to constitute the aforesaid committee,” read the petition.

“None of the reasons given by the Chairman (Venkaiah Naidu)… carry any weight or are legally tenable. It deserves to be set aside for being wholly extraneous and ultra vires to the provisions of the constitution and the Inquiry Act,” it added.

On April 23, Vice President Venkaiah Naidu had rejected the impeachment notice of the Chief Justice of India citing lack of substantial merit in it. This is the first time ever that an impeachment notice has been filed against a sitting CJI.

SRH On Top With 5-Run Win Against RCB

COVID Fatwa: Cleric Urges Muslims To Get Tested For Coronavirus