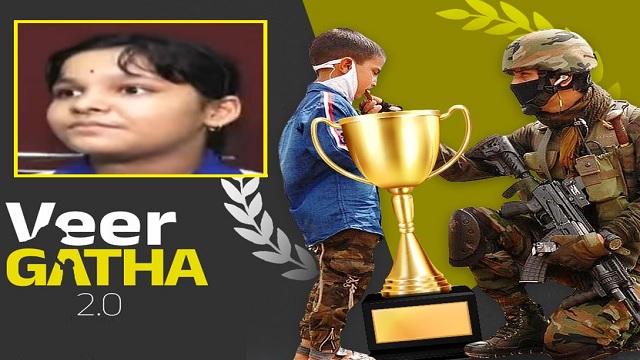 Bhubaneswar: A Class V student of Lajpat Rai DAV Public School at Gandarpur in Odisha’s Cuttack city has made it to the winners’ list of 25 students for the second consecutive year in Veer Gatha 2.0 project.

Dibyanshi Das has been selected in the standard 3rd-5th category for her painting skills. 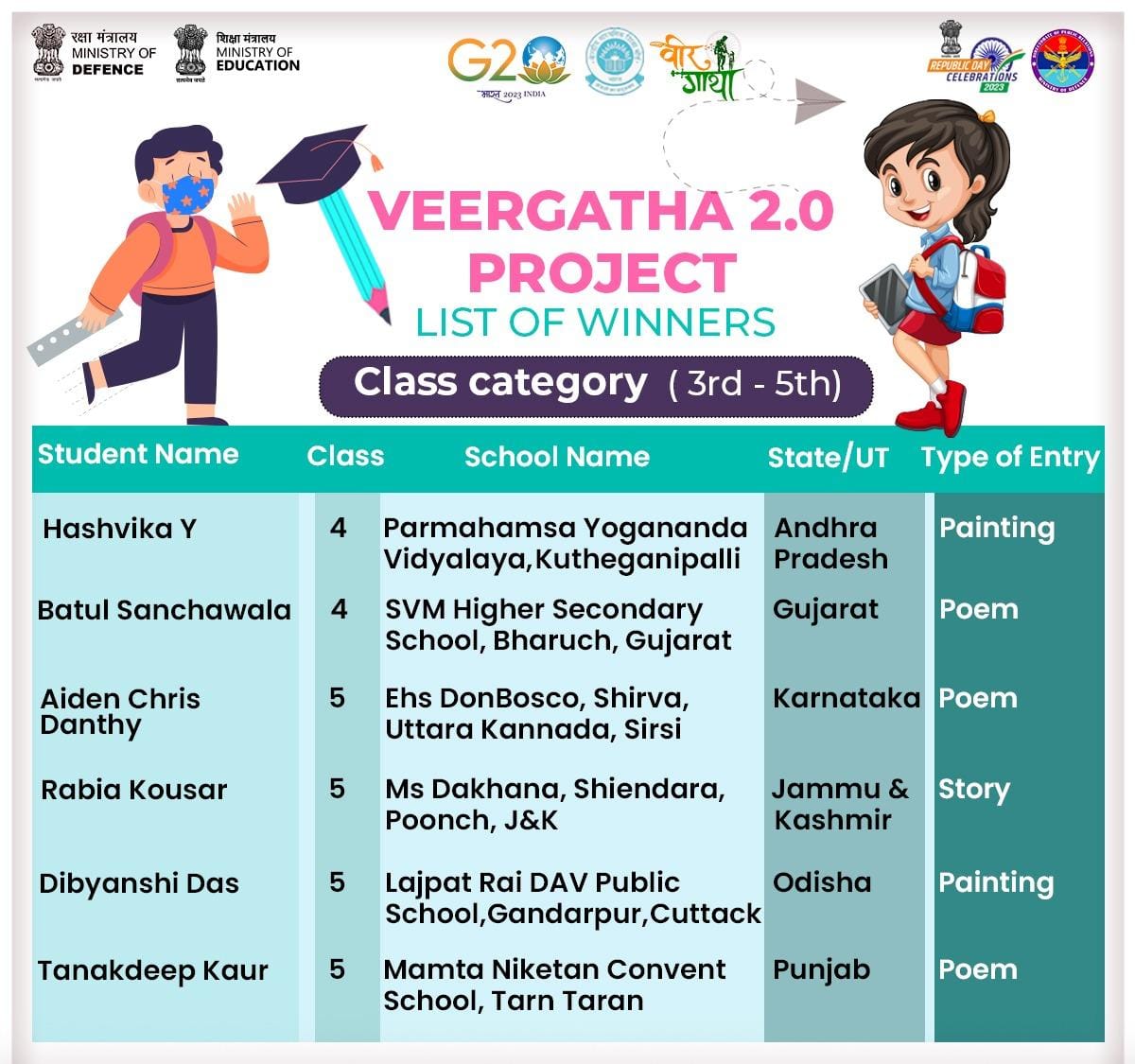 The competitions were conducted at the school level between October 6 and November 10, 2022. The authorities uploaded the best entries in each category, a total of four from each school, at the CBSE Veer Gatha portal between November 1 and November 22, 2022.

The selected students will get an e-Certificate of Participation and will be awarded Rs 10,000 cash prize by the Ministry of Defence. Each of the 25 winners will be invited to Republic Day Celebration in Delhi.

Notably, Dibyanshi was also named in the 2021 winners’ list.

What is Veer Gatha Project?

The Government of India launched the Azadi Ka Amrit Mahostsav under which several events were introduced for the first time in the 75th year of India’s Independence. Veer Gatha project is one such project which was launched to inspire the school children of the country with stories of war heroes and brave hearts.

To honour the acts of bravery and sacrifice of the officers/personnel of the Armed Forces, other lawfully-constituted Forces and Civilians, gallantry awards are announced twice a year on the occasion of Republic Day and Independence Day.

The Project is open for all schools in all states and Union Territories including all schools affiliated with the Central Board of Secondary Education (CBSE).