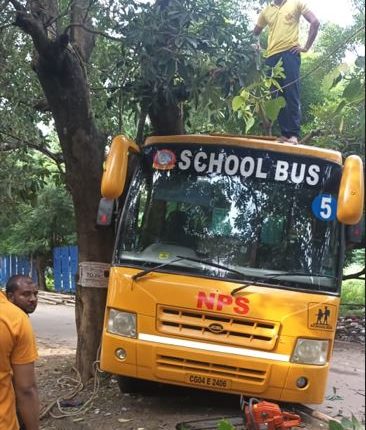 Cuttack: Students travelling in a private school bus had a miraculous escape as it skipped off the road after hitting a divider and rammed a tree at CDA Sector-10 in Odisha’s Cuttack city on Thursday morning.

According to sources, the accident took place near the phase-2 police station around 9 am. There were 30 children on the bus, whose front portion was damaged in the accident.

On being informed, police and fire personnel rushed to the spot and rescued the children. The papers of the vehicle and the driver are being inspected to ascertain if they are valid.

The parents alleged that the bus was previously involved in a similar accident.