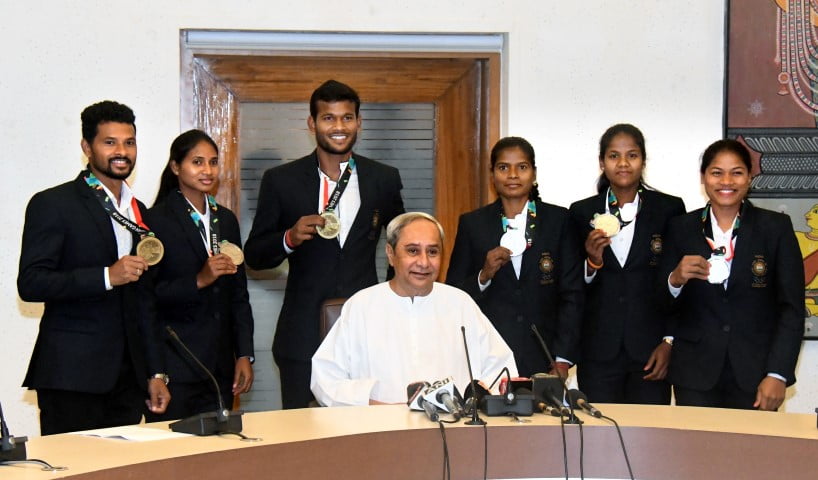 Bhubaneswar: Chief Minister Naveen Patnaik on Monday felicitated the hockey players who have participated in the Indian teams that won medals at the Asian Games, 2018.

He gave a cash award of Rs 1 crore each to the four Odia hockey players of the Indian women’s team that the clinched silver medal.

He also gave Rs 50 lakh each to two players of the men’s hockey team, who won a bronze medal.

The men hockey players are Birendra Lakra and Amit Rohitdas.

Felicitating the players, the Chief Minister praised the contribution of the players for bringing laurels to the state. The people of Odisha as well as the country are proud of these players, he added.

The Chief Minister also announced that the government would extend all kind of support to the players in future.

As Sunita Lakra and Amit Rohitdas were absent at the Biju Patnaik Sports Awards giving ceremony for 2017, they received the Player of the Year-2017 trophy, a citation and Rs 2 lakh each in today’s event.

Athletes Jauna Murmu and Purnima Hembram, who had participated in the Asian Games also received Rs 7.50 lakh each and a memento on the occasion.