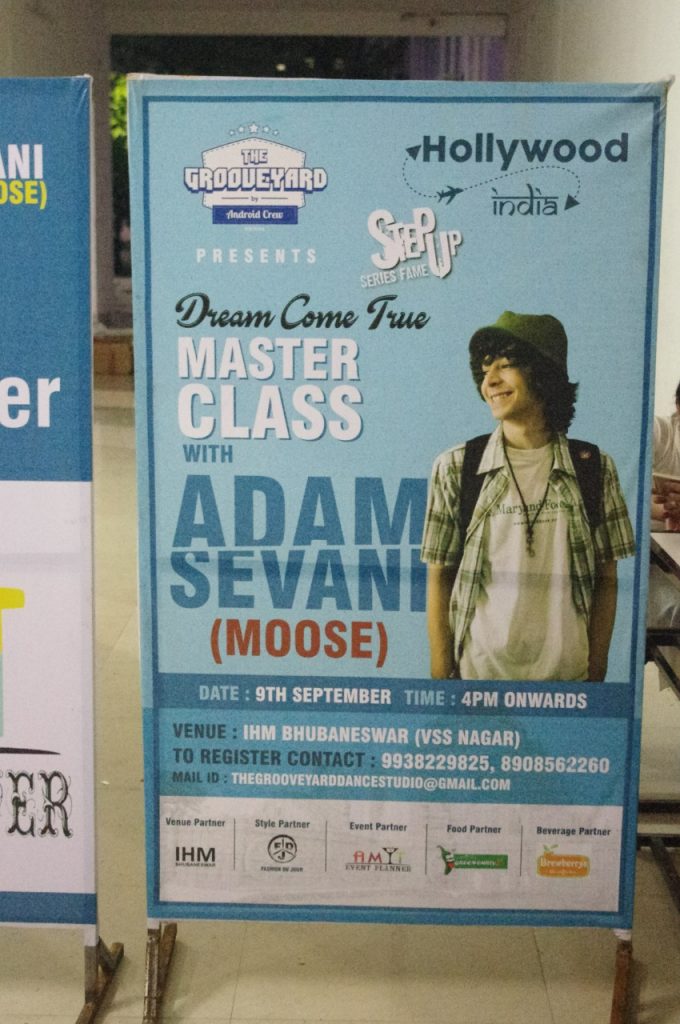 Bhubaneswar: It’s not every day that a Hollywood actor drops in at the city of temples for an event and then refuses to be photographed. Yet, both of these unusual events occurred at the Institute of Hotel Management auditorium here on Sunday evening, when Adam Sevani aka Moose, a cast member of the Hollywood movie Step Up, turned up at the dance event organised by The Grooveyard Dance Studio.

But to the disappointment of the invited media personnel and organisers the Step Up actor took offence when a photo-journalist clicked his picture. The mediapersons had to leave the place thereafter.

The camera-shy American actor, however, didn’t disappoint the hordes of youngsters, who had shelled out Rs. 2800 each for a chance to dance with him. He asked these dance enthusiasts to crowd around him as he showed them his moves, while egging one or the other of the dance aficionados present there to show their moves to him.

In the end, it seemed more like a private dance party, where a Hollywood celebrity had been sneaked in, than an event open to the media and public alike, which the local organisers had hoped to make. Yet, it is a fact that a Hollywood actor did visit Bhubaneswar this September and didn’t want many people to take notice.

Having represented India at the Hip-Hop World Cup in South Korea, they wanted to bring the glamour of this dance form to the city by inviting a global dance icon, one of the stars of Hollywood’s leading dance movies to Bhubaneswar.

Besides, they have promised that this isn’t a one-off event featuring a well-known hip-hop celebrity. They will endeavour to continue inviting hip-hop artistes and celebrities to the city of temples.

Sritheren Pillai, Hip-Hop India Dance Co., Bengaluru, who was orchestrating this workshop, described the response in Bhubaneswar as ‘amazing’ and ‘unexpected.’

Block Grant Teachers To Protest At All Blocks From Tomorrow