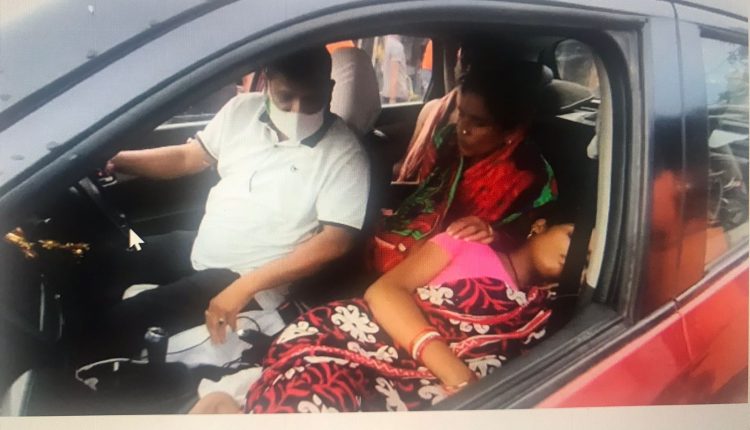 Bhubaneswar: Chief Minnister Naveen Patnaik in a rare gesture on Friday greeted Balasore legislator Swarup Das in a tweet for rescuing a pregnant woman stranded in a water-logged area in Olanda-Saranga near Balasore and helping her reach the district hospital where she had a safe delivery.

In a tweet, the Chief Minnister heaped praises on the MLA for his adventure as he went in a boat to the woman in distress before rescuing her from an inundated area. Das also took the woman on his vehicle and admitted her in the hospital.

Not all elected leaders make themselves so readily available to the public. This MLA, however, went a step ahead. He circulated his personal mobile number on all his social media handles after winning the election and spread the word that anyone in distress could call him directly.

Appreciate @SwarupDas_BLS, MLA from Baleswar Sadar constituency, for rescuing a pregnant woman from the flood-affected Mundadhar village. His selfless service for his constituents has set an example in public service. #OdishaCares https://t.co/UxYbELlGIW

According to sources, Das reached Mundadhar village, which has been submerged in the wake of incessant rain, on a speedboat and rescued the woman, Mamata Rout and admitted her to the district headquarters hospital.

Mamata’s family was distressed as they could not reach the hospital. But when she developed labour pains, her family members met the village sarpanch who dialled the MLA’s number.

Swarup Das who already happened to be on a boat touring the flood-affected areas, mmediately reached Mundadhar on receiving the call and took Mamata to the nearest motorable road on his speedboat and then drove her to the hospital, where she gave birth to a boy.