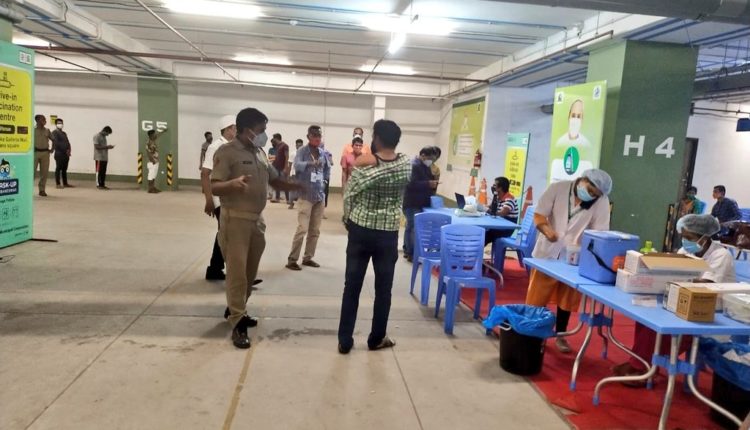 New Delhi: More than 2 crore COVID vaccine doses had been administered in India till Friday night as “a gift” to Prime Minister Narendra Modi on his 71st birthday.

Till 10 pm, the number was a staggering 2.27 crore, according to data shared by the CoWIN portal.

It was the fourth time that India had crossed the 1-crore daily vaccination figure in less than a month — the other days being September 6, August 31 and August 27 — but never did it reach anything close to 2 crore.

“A gift to the Prime minister on behalf of health workers and people of the country. On the birthday of Prime Minister Narendra Modi today, India has crossed the historic figure of administering 2 crore vaccine doses in a day, setting a new record. Well done India!” Union Health Minister Mansukh Mandaviya tweeted (in Hindi).

As the minister pointed out, it was also the fastest pace at which 1 crore doses had been administered in a day as it was achieved by 1.30 pm.

Even as BJP celebrated the mega vaccination day, Opposition parties questioned why this special push on Modi’s birthday only and why not every day?

Leaders of Congress and Trinamool Congress posted on social media and observed on TV shows that the last 10 days had seen a maximum of 70,000 doses in a single day. Why was such a massive push not given before September 17?

The Congress marked the day as National Unemployment Day.

More than half the vaccine doses were delivered in BJP-ruled states. The Indian Express reported that BJP had asked its units in several states to help get a large number of people vaccinated on this day.

BJP spokespersons said this initiative would be continued for the next 10 days.

In all, over 79 crore vaccine doses have been administered in the country since the world’s biggest inoculation drive was launched on January 16.