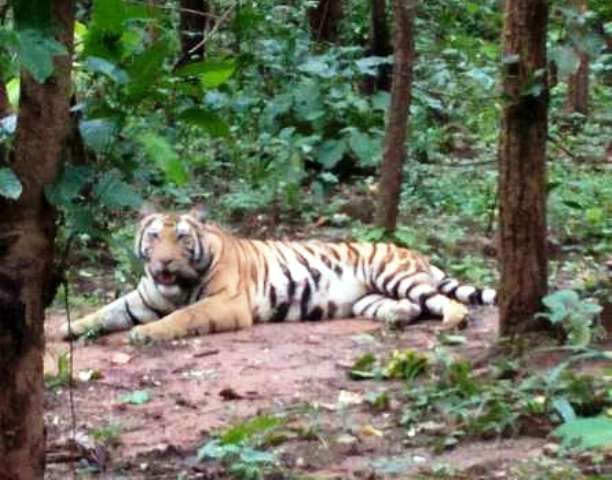 Bhubaneswar/Angul: Concerned over the failure of the inter-state tiger translocation project in Odisha, the National Tiger Conservation Authority (NTCA) has come up with a novel plan to ensure its success.

The project faced uncertainty following the recapturing Royal Bengal tigress Sundari brought from the Bandhavgarh Tiger Reserve and the death of the Royal Bengal tiger Mahavir of Kanha National Park in the Satkosia Sanctuary of Angul district.

Talking to mediapersons in Bhubaneswar on Wednesday Principal Chief Conservator of Forest (PCCF), Wildlife, Sandip Tripathy said a decision to this effect has been taken by the State Forest department in consultation with the NTCA and the Wildlife Institute of India (WII).

“It has been decided that the people living in the villages in Satkosia Sanctuary would be taken on a tour to the national parks and tiger reserve in Madhya Pradesh and Kerala to know how the people in these forests have managed to coexist with the tiger. Apart from this, they will also know about the coordination between the people and the Forest department in these states, and how the presence of the tiger has improved the livelihood of the people. The WII coordinator will decide the tour itinerary of the Satkosia villagers in coordination with the locals,” the PCCF said.

He also informed that the NTCA and the WII teams, which had visited the Satkosia recently will submit a detailed report to the state Forest department very soon. On the basis of the report, the department will take the necessary steps accordingly.

Wildlife experts in the state have opined that be it the attack of Sundari on the people or the death of Mahavir, the Forest department is trying its best to tide over the unwanted situation that has cropped up in Satkosia to make the inter-state tiger translocation project in Odisha successful.

Meanwhile, a workshop on scientific investigation into the wildlife crimes in Odisha, organised by the Wildlife Crime Control Bureau began in Bhubaneswar on Wednesday. The workshop will prepare a blueprint for better coordination between the police and the Forest officials.

In Pictures: India Crush SA 5-0 In Its Opener At Hockey World Cup