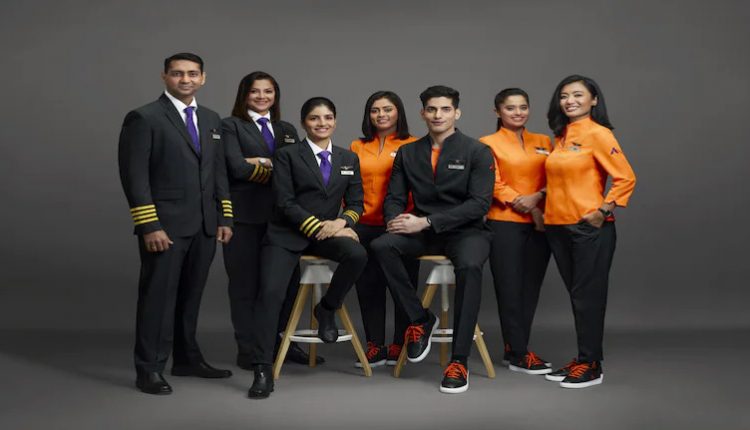 Mumbai: Akasa Air, which is likely to start operations by the end of this month, has unveiled the uniform of its crew.

The uniform comprises of orange jackets, black trousers and sneakers blending both colours.

Akasa Air stated in a press release on Monday that the uniform reflects its ‘friendly and happy personality’.

“Akasa Air is the first Indian airline to have introduced custom trousers, jackets and comfortable sneakers for its airline in-flight crew. The uniform is inspired by the company’s core beliefs of employee centricity and sustainability,” the statement added.

#AkasaCrewLook Our crew uniforms are made using recycled polyester fabric made from pet bottle plastics salvaged from marine waste. 🍃 pic.twitter.com/6h6bFXhrj1

“Reminds me of the casual jeans and kurtis weekend uniform we had introduced at SpiceJet in 2014. Casual and fun works well for LCC (low-cost carriers). Good an Indian LCC will have it now,” he said.

The airline acquired its first aircraft, a Boeing 737 MAX, on June 21.