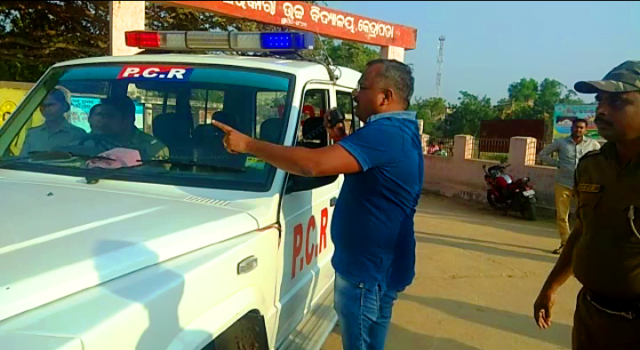 Kendrapara: Following communal tension between two communities in Kendrapara town on Wednesday and a 12-hour bandh, the district administration has announced closure of all educational institutions under Kendrapara Municipality jurisdiction on Thursday.

Briefing mediapersons here on Wednesday evening, Kendrapara ADM Basant Rout said apart from deployment of additional police force in the town to maintain law and order during the bandh, Internet services in the town has been disabled.

The prohibitory order under Section 144 clamped in the town will remain in force till normalcy is restored, he added.

According to sources, the district administration reportedly did not permission to a community to organise a meeting at the Government High School ground to observe the birth anniversary of Prophet Mohammad. Following which, the community vehemently opposed the meeting of another community to mark the birth anniversaries of Veer Surendra Sai and Netaji Subash Chandra Bose on Wednesday.

Protesting against the meeting, members of the community arrived at the High School ground. Sensing law and order situation, a section of the armed police rushed to the spot and dispersed the protestors. The district administration later cancelled the meeting forthwith.