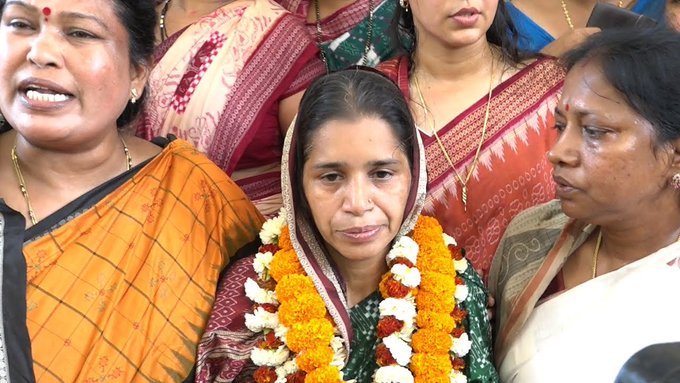 Announcing the results after the 21st round of counting, the returning officer said that the BJD candidate Rita Sahu had won by a record margin of 97,994 votes against its nearest rival BJD candidate Sanat Gartia.

While Rita Sahu polled 1,35,949 votes, Gartia could manage only 37,955 votes while the Congress candidate Dilip Panda finished a poor third with a meagre 5,871 votes.

Soon after the announcement of the results, Chief Minister Naveen Patnaik spoke to Rita Sahu over phone and congratulated her for her massive win ever recorded in the electoral history of Odisha.

Sreela Tripathy: From A Bengali Dancer To An Odia Actress & Wife

Odisha Had A Special Place In Mahatma Gandhi’s Heart,…