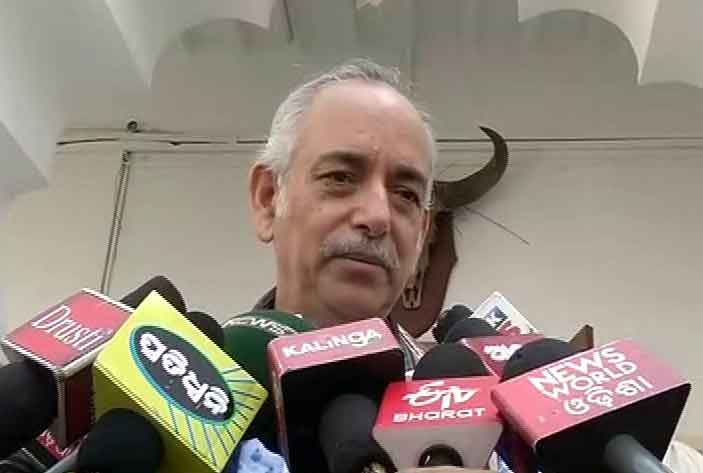 Puri: The Gajapati Maharaja of Puri, Dibyasingha Deb on Tuesday urged devotees of Lord Jagannath and Hindu religious institutions in India and abroad to celebrate Rath Yatra as per the tradition and culture of the Jagannath Temple in Puri.

Earlier, ISKCON (International Society for Krishna Consciousness) was forced to withdraw its decision to conduct the Rath Yatra in Punjab’s Ludhiana district in November this year

In a release, the Gajapati Maharaja said the Rath Yatra of the Lords in Puri is held on full moon day of the dwitiya tithi in the Odia month of Asadha every year, in line with the Sanatana Dharma (religion rituals), while the Lords return to the sanctum sanctorum of the temple on the trayodashi/chaurdashi (13th/14th) tithi.

“In this context, I request all ardent devotees of Lord Jagannath and Jagannath Temple trusts in the country and abroad to abide by the culture and tradition of the Jagannath Temple in Puri and conduct the Rath Yatra accordingly,” the Gajapati Maharaja said.

It may be mentioned that  Sri Jagannath Sena and Sachetan Nagarika Manch had lodged an FIR at the Singhadwara police station in Puri against ISKCON, alleging that they had hurt the religious sentiments of millions of Jagannath devotees by deciding to observe the annual sojourn of the Lords in Ludhiana on November 17 this year. Besides, an organisation in Rourkela had lodged a complaint with the Chhend Police against ISKCON worker Amit Garg’s derogatory statement on Puri Rath Yatra.

On September 6, the Jagannath Temple Managing Committee had decided to celebrate Rath Yatra in other parts of Odisha and outside as per the schedule followed in Puri.

Prior to this, BJD leader and Khandapada MLA, Soumya Ranjan Patnaik had raised the issue in the Odisha Assembly and urged the state government to take up the matter with the Punjab government against the decision of ISKCON to celebrate the Rath Yatra in Ludhiana in November.