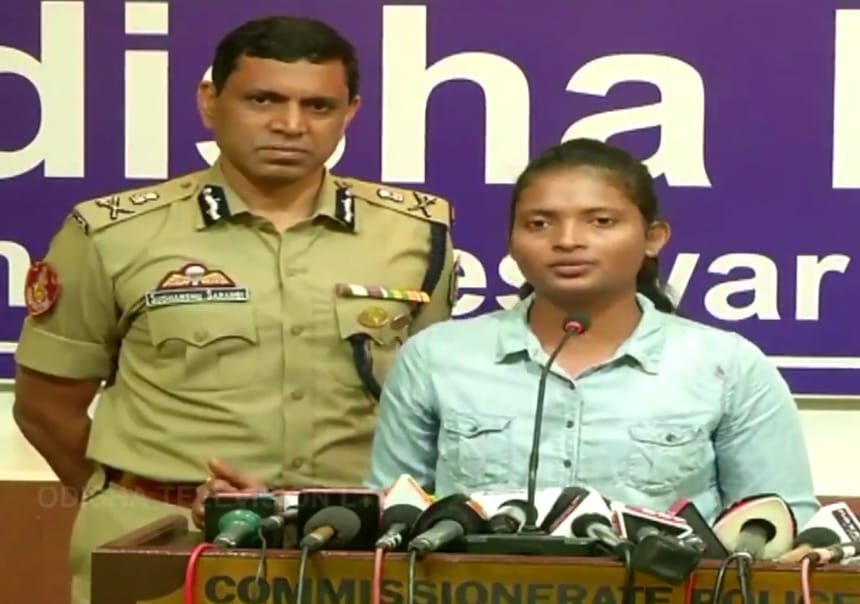 Bhubaneswar: Bebina Mohanty, the ‘Dabangg girl’ who slapped eve-teasers and made them do sit ups in Odisha capital, urged fellow woman to build their self-confidence and fight such harassment.

“All girls have the inner strength to take on such disturbing elements. Police cannot be everywhere, so you have to face such problems bravely,” said Bebina after being felicitated by Twin City Police Commissioner Sudhanshu Sarangi at the Commissionerate Police headquarters here on Tuesday.

The incident had taken place at GGP Colony in Rasulgarh on Sunday.

“Babita exhibited exemplary courage in handling two anti-socials. You all have seen those visuals. I would request all to inform us about such criminal activities in your locality. I would also request all to help the victims and not just remain onlookers,” said Sarangi.

He further said that such act of bravery will be acknowledged in future. “We will have an interaction with the school and college-going girls and working ladies to understand the problem they are facing. Those who are interested to work with us will appointed as Special Police Officer. They can help us gather right information about such problems,” the Police Commissioner added.