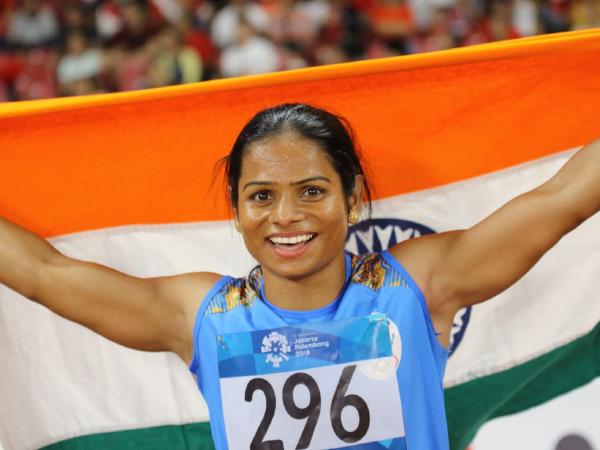 Bhubaneswar: Is she, is she not! Confusion persists over ace sprinter Dutee Chand’s participation in the upcoming IAAF World Championships with Indian Athletics Federation (IAF) remaining mum about it.

It is yet to issue an official confirmation on it.

The IAF selection committee on Monday picked a 25-member national team, including 16 men and nine women, for the Championships to be held in Doha, Qatar, from September 27 to October 6. It had approved the names of sprinters Dutee Chand (100m women), Archana Suseentran (200m women) and high jumper Tejaswin Shankar subject to invitation from IAAF based on their world rankings.

On Tuesday, Dutee announced her selection through a tweet.

I am selected in the 25-member national team for #DohaWorldChampionships, starting September 27. Wish me luck and SPEED! 🙏🙏💪

The same day, the IAF through its official handle tweeted about Shankar having received the IAAF invitation and his decision not to compete in the World Championships, but it said nothing regarding the 23-year-old athlete from Odisha. It also did not retweet her tweet on her selection.