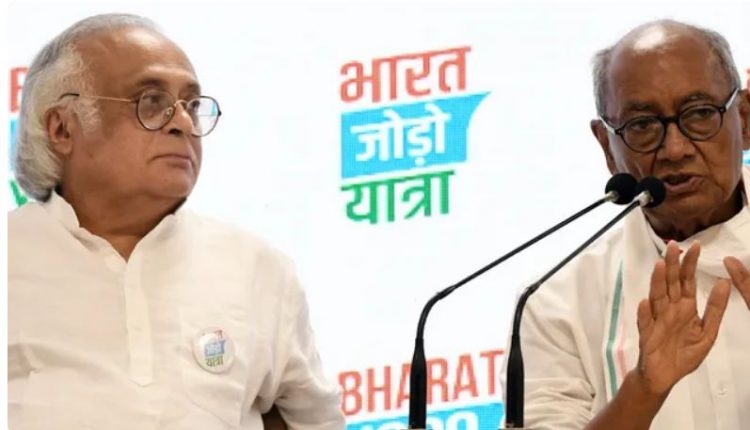 Bhubaneswar: Senior Congress leaders Jairam Ramesh and Digvijaya Singh are set to visit Odisha next week to hold discussions with senior leaders to finalise ‘Bharat Jodo Yatra’ to be organised at the state level.

“The two senior leaders will visit Odisha to discuss Bharat Jodo Yatra in the state. A meeting will be held with district presidents, coordinators and block presidents on September 18,” he said.

Stating that 15 to 20 km are likely to be covered every day during the yatra in the state, he said details will be discussed and finalised when Ramesh and Singh hold meetings with the state party leaders. Sources said the yatra is likely to cover a distance of 1,800 km in Odisha with a focus on the western region and tribal dominated districts.

Pattanayak said the Congress will tell people about the failure of the BJP-led Government at the Centre and the BJD regime in Odisha. People are facing problems like growing unemployment and unprecedented price rise, while health and education sectors are neglected, he added.

Hitting out at the BJD government in the state, he alleged that the Naveen Patnaik-led party is a silent spectator to all the wrong doings of the Central government. On issues relating to price rise, the ruling BJD has not uttered a word against the Centre as both BJD and BJP are working together, he claimed.