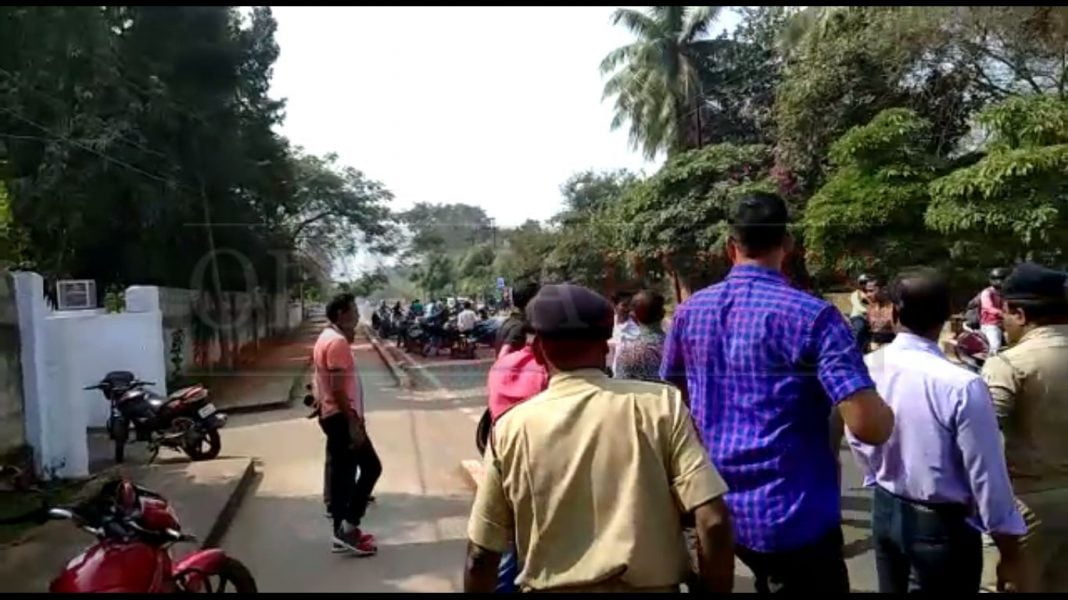 Bhubaneswar:  Condemning the vandalism by a group of Bharatiya Janata Yuva Morcha (BJYM) activists inside the official residence of senior IAS officer and Private Secretary to Chief Minister V Karthikeyan Pandian here on Saturday morning, the IAS and other officers’ associations of Odisha have demanded stern action against the perpetrators of the violence.

“We are officers who work in government departments in various capacities. Hence targeting an officer on personal ground is highly condemnable. The government should take strong action against those involved in the incident,” Odisha cadre IAS Officers’ Association secretary Vishal Dev said.

The IPS officer’s Association also strongly condemned the incident. In a statement, secretary of the Association Arun Bothra said such vandalism and intimidation against a government officer is totally unjustified and unacceptable.

Expressing grave concern over the incident, the OAS Officers’ Association demanded stringent action against the culprits. “This is for the first time in Odisha that a senior IAS officer has been targeted. Attack on a government officer is highly undemocratic. We strongly condemn such hooliganism and demand exemplary action against those involved in the incident,” said secretary of OAS Officers’ Association Jyoti Ranjan Mishra.

In a media release, OPA said: “Political parties targeting government officials is an immoral and undemocratic act. Police personnel face such incidents while discharging their duties (to maintain) peace, tranquility and safety of the people and society. Political parties should refrain from such practice. It should be condemned by all sections of the society.”

Meanwhile, a delegation of the BJP led by party’s state unit vice-president Sameer Mohanty met Chief Electoral Officer (CEO) Surendra Kumar at his office and lodged complaint against Pandian and three other officers for alleged gross misuse of their office. “We have apprised the CEO of the gross misuse of office by the officers in gross violation of the service code as they are working for the ruling BJD and requested him to remove them with immediate effect,” Mohanty said.