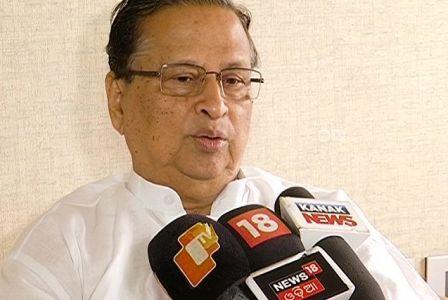 Bhubaneswar: The Odisha Congress on Tuesday said that it will launch an online campaign on Thursday against the failure of the Centre in tackling the COVID-19 in the country.

Briefing the media here, president of the Odisha Pradesh Congress Committee (OPCC) Niranjan Patnaik said that his party will launch its campaign on social media from 11 am to 2 pm.

“We will apprise the people of the plight of the labourers and common man during the lockdown period. The BJP government is squarely responsible for their pitiable state of affairs. This is a government of self-publicity,” he added.

Talking about the steps taken by the Odisha government for the migrant Odia workers, the OPCC president said that the former, which claims that it has kept about 7 lakh beds at the quarantine centres, is now finding it extremely difficult to handle three lakh workers.

3 Dubai Returnees Among 16 Corona Cases In Cuttack; Know The Details Of 79 New Patients In Odisha